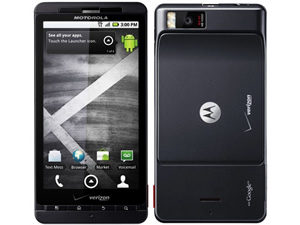 Droid X has a whooping 8GB of onboard storage and a microSD expansion slot with a pre-installed 16GB card. Droid X has an 8-megapixel camera that shoots 720p video.