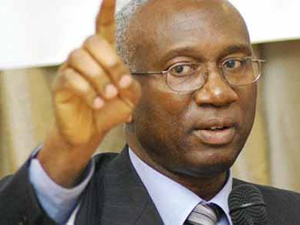 The chairman of Nigerian Communications Commission NCC, Alhaji Ahmed Joda and the executive vice chairman, Engr Ernest Ndukwe are getting set to leave office in April, contrary to speculations that they are thinking of extending their tenures.

The Head of Media and public relations of the Commission, Reuben Muoka said Ndukwe is already getting ready to hand over to a successor.

“His tenure by the official letter of appointment was signed by Chief Cornelius Adebayo, the Communications Minister in charge at that time, who conveyed the President’s appointment.”, Muoka said.

The NCC spokesman said by virtue of his membership of the Board of Commissioners who were inaugurated in April 2000 there should be no speculation about his exit date.

According to him, Ndukwe’s reappointment for a second term was a process initiated by government, and was duly informed by the provisions of the Nigerian Communications Act 2003.

On the number of commissioners who will be heading for the exit door in April, Muoka said the Joda, Ndukwe and one of the Commissioners, Chief Patrick Kentebe, will be leaving at the same time since they were all sworn in the same day.

He said some other members would remain behind.

“The trio will complete their second terms on April 3, 2010. Others have different dates, some late this year, some next year. The idea is never to have vacuum and to ensure there is always continuity”, Muoka emphasized.

Muoka added he was not aware of who would replace the commissioners, but emphasized that the provisions of the Nigerian Communications Act 2003 are available for reference as there are no ambiguities about the processes for such appointments.

“The Commission is on a very sound footing and the new chief executive to be appointed is expected to be somebody who will be well qualified and attuned to industry needs and aspirations. The person is also expected to sustain the tempo of growth and progress in the industry”, he said.