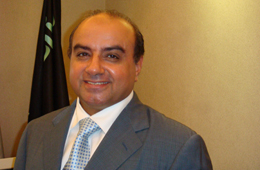 Leading mobile phone Company in Africa and the Middle East, Zain, is finalising several acquisition deals in Africa, its chief executive for the continent said last week.
“We are currently actively looking at several acquisitions in the African market block. Some are very close to coming to fruition, said Zain Group Africa CEO, Chris Gabriel, who addressed the World Telecoms Africa 2008 conference, in Cape Town, but declined to give details.
The company is plan to have them completed by 2011 and he said he would like to see “Cape to Cairo” coverage for Zain’s One Network, which allows subscribers to roam freely in any country where the company operates a network.

Zain operates in 22 countries: including 16 African nations and six Middle East states. It has invested more than $12-billion in network expansion in Africa since 2005, Gabriel said.

The announcement comes amid aggressive network expansion in Nigeria, Kenya, and Tanzania and in a number of other African countries where Zain operates. In Nigeria in particular, the company has taken its drive for more customers to the rural areas where it has introduced the first rural entrepreneurship programme which gives countryside dwellers a greater stake in the running of infrastructure located in their locality.

Internationally, Zain Group says it is looking to list on a European stock exchange next year. The company does not plan other flotations in Africa following the listing of Celtel Zambia in June.

“In terms of specific African countries where there is a requirement under the licence regimes, we will look to list a certain portion of the company. But that is in relation to the specific licence and usually not more than 20 percent of the organisation in the region,” he said.

He said two-thirds of the firm’s 50-million customers across Africa and the Middle East were in Africa. The firm plans to achieve 110-million subscribers by 2011.
He also told the conference that other international cellular operators from Europe and Asia were increasingly looking towards Africa for investment opportunities, but that this was expected to bring about consolidation.

“There are a number of cash cows looking at Africa and they are looking at what opportunities exist… However, I see consolidation happening among the big players, but there will be opportunities opening up for the smaller niche operators.”

He said the firm’s “One Network” product that scraps roaming charges for customers in countries that have Zain networks, is expected to be the key engine for growth on the continent.

The service is currently available in Kenya, Tanzania, Uganda, Democratic Republic of Congo, Nigeria and Sudan.

“We aim to roll One Network out over all of our operations progressively … we may expand the One Network concept beyond Zain entities and that is something we are looking at as we speak,” he said without elaborating.