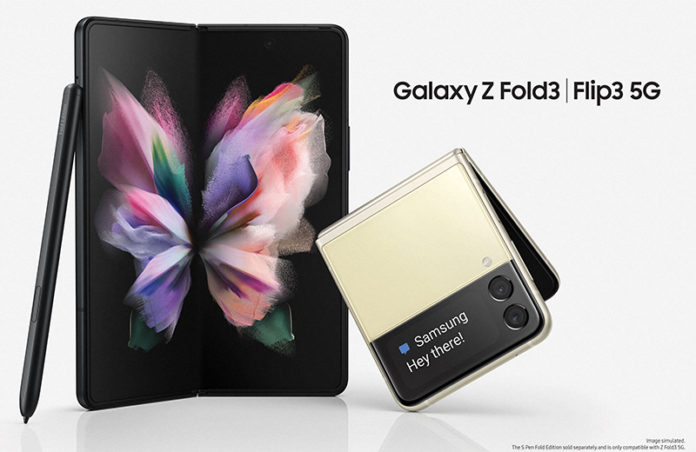 The South Korean tech juggernaut is also adding in some pre-order bonuses for its South African customers, which include the Galaxy Buds 2 earbuds, the Galaxy Smart Tag key finder and the Samsung Care+ warranty package.

“When you pre-order or purchase during the 1 September to 20 October 2021 promotional period, you will receive an exclusive offer, that includes the new Galaxy Buds2, the must-have Galaxy Smart Tag and the peace of mind of Samsung Care+, all valued at R5,200,” the company says in a statement.

The free one-year Samsung Care+ plan will provide one accidental screen and/or back cover repair and will include a battery replacement. Users will be able to upgrade the warranty to the Samsung Care+ Premium plan at an affordable cost, for additional cover, which includes liquid, motherboard and external casing damage.

The Galaxy Z Fold3 is Samsung’s flagship foldable device and thus has the Z series’ most powerful specifications. The smartphone is being powered by a Snapdragon 888 processor, and its cover screen at the front of the device now runs an adaptive 120Hz.

Samsung claims that the device has a screen size that accommodates up to three apps at once, and is a great fit for multitaskers.

For the first time ever on a foldable, Samsung has added S Pen support, so that you can jot down reminders directly on its 7.6-inch Main Screen. The device also includes IPX8 water resistance and an under-display selfie camera for its main screen.

Sleeker and more compact, the Flip3 is the more affordable foldable option from Samsung.

The Galaxy Z Flip3’s camera features include a new Flex mode and its symmetrical design allows the device to stand upright.

The outer screen of the Z Flip 3 is now much bigger and has more utilities than its predecessors, with the main screen now upgraded to 120Hz instead of just 60Hz.

Enjoy easier ways to pay, play, and check your notifications fast on its larger cover screen, without ever flipping open your phone. Choosing the Galaxy Z Flip3 means getting more of what you crave, your way, whatever you’re doing, whether the device is open or closed. Galaxy Z Flip3 is more than a folding phone, it’s a statement.

Both of the devices are equipped with IPX8 water-resistance, Corning Gorilla Glass Victus screen covers, Armor Aluminium, an optimised panel layer, and an improved protective film.