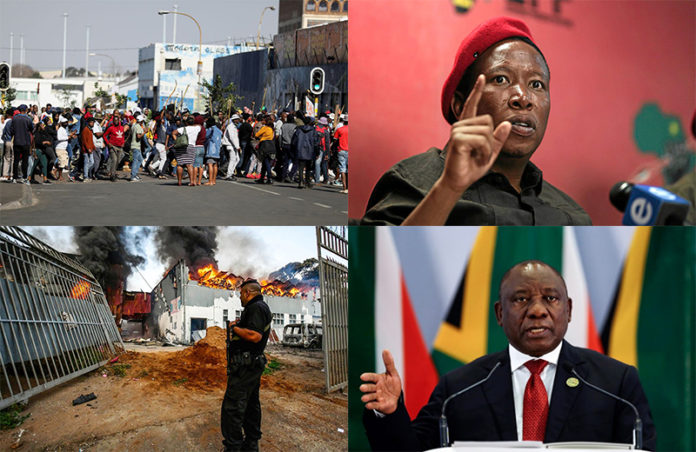 News this week was tinged with stories about the ongoing unrest in South Africa. The widespread rioting and looting stemming from exploding frustrations about inequality and poverty, as well as the jailing of former president Jacob Zuma.

The unprecedented unrest will see the government deploy 25,000 soldiers of the SANDF to quell any new bouts of violence and destruction.

4. Ramaphosa Extends Lockdown in SA – Here are the New Regulations

During his address to the nation on Sunday, the President said that the last 2 weeks of restrictions have been necessary for curbing the third wave of COVID-19 infections currently gripping the country and to stimy the uncontrolled COVID-19 Delta variant.

Ramaphosa continued to say that, while Gauteng is still the epicentre of the third wave, other provinces are seeing surges in cases with the countrywide healthcare system straining under the renewed pressure.

3. Samsung, LG and Other Companies Face #ShutdownSA Fires and Looting

With uncontrolled looting and rioting striking South Africa across the last week, many different organisations have been significantly affected.

Samsung’s warehouse in KZN has been pillaged, with other reports confirming that some of the company’s service centres have also been attacked, with looters targeting consumer electronics like refrigerators and TVs.

Read on to discover how the unrest has affected LG, Mustek and others.

Twitter had temporarily suspended EFF leader Julius Malema after finding the party leader to have violated its policies.

His recent comments on the #ShutdownSA riots finally found him in social media jail. Twitter had suspended his posting – not allowing Malema to tweet, retweet, create fleets, follow accounts, or like posts. The total time of the suspension was just under 12 hours.

The big story of the week, of course, has been the unrest in South Africa, and how it has affected private and public organisations across the country.

Two of South Africa’s top pharmaceutical chains, Dis-Chem and Clicks, closed their stores, as well as COVID-19 vaccination and testing sites in KwaZulu-Natal (KZN) following bouts of violence in the province.