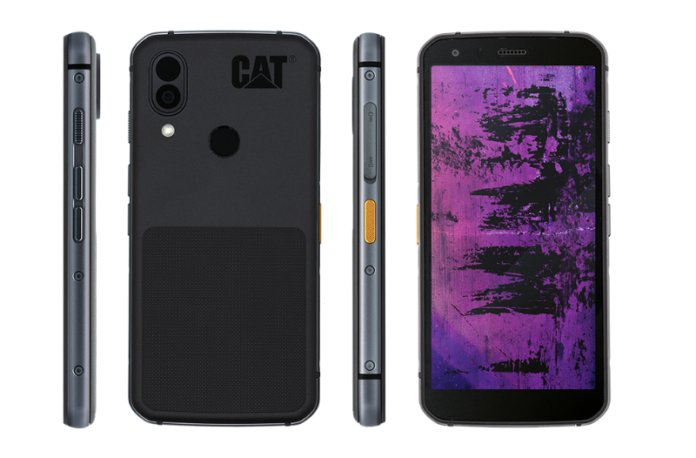 Cat has launched its new S62 Pro smartphone which is expected to be a game-changer for more demanding work environments, such as engineering, mining, manufacture, agriculture and wildlife.

Compared with its predecessor, it is 12% more compact, with a 10% bigger screen. It is faster, more powerful and incredibly tough, making it the ultimate work phone.

Powered by the FLIR Lepton 3.5 and the new MyFLIR Pro app, the S62 Pro offers a four-fold increase in the number of thermal pixels and an unmatched feature set within the included application. For the first time, professionals and consumers can access FLIR Systems’ VividIR image processing, enhanced MSX (Multi-Spectral Dynamic Imaging), and visible-to-thermal blending technologies integrated into their smartphone.

Users can now vary the intensity of MSX, which overlays visual outline detail from the scene onto the thermal image or use the new alpha blending feature to combine thermal detail with the visual image from the Sony dual-pixel camera.

Together these upgrades deliver dramatically enhanced image quality, sharper images and higher thermal resolution to provide greater context and understanding of the thermal image you are seeing.

• Picks up heat and measures surface temperatures from a distance of up to 30m.
• Scalable and movable regions of interest with ‘hottest’ and ‘coldest’ indicators.
• Horizontal field of vision is expanded to 57 degrees to capture more of the scene.
• 9 thermal colour palettes to choose from depending on the situation.
• PDF reporting.
• Powerful 4,000mAh battery.
• 12MP Sony dual-pixel rear camera and 8MP front camera.
• Hardwearing, non-slip rubberised TPU back.
• Bluetooth 5.0, NFC.

The Cat S62 Pro smartphone has a suggested retail price of R15 000 and will be available in September 2020.

2022 Predictions: This could be a tough year for SA companies