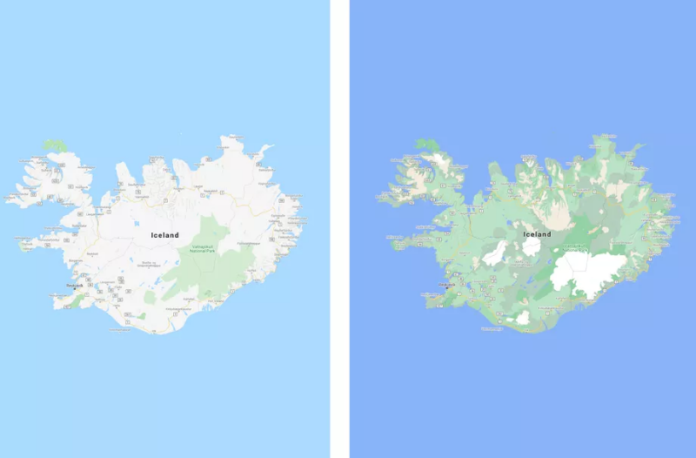 Google has revealed that it’s rolling out “new visual improvements that bring even more detail and granularity” to its global map. The company hopes that this will give help users get a better understanding of what an area looks like whether they’re exploring it virtually or planning a visit.

Google uses high-definition satellite imagery that maps out 98% of the earth’s population. “With a new color-mapping algorithmic technique, we’re able to take this imagery and translate it into an even more comprehensive, vibrant map of an area at global scale,” it says in an official blog post.

“Exploring a place gives you a look at its natural features—so you can easily distinguish tan, arid beaches and deserts from blue lakes, rivers, oceans and ravines. You can know at a glance how lush and green a place is with vegetation, and even see if there are snow caps on the peaks of mountaintops.”

How exactly does this colour-mapping technique work?

Google uses computer vision to identify natural features within its satellite imagery, looking specifically at arid, icy, forested, and mountainous regions. It then analyzes these features and assigns them with a colour. For example, a densely covered forest can be classified as dark green, while an area of patchy shrubs could appear as a lighter shade of green.

With this update, Google Maps is said to have one of the most comprehensive views of natural features on any major map app, covering over 100M square kilometers of land including some of the biggest cities to smallest, rural towns.

The update will roll out globally to all 220 countries that Google supports.