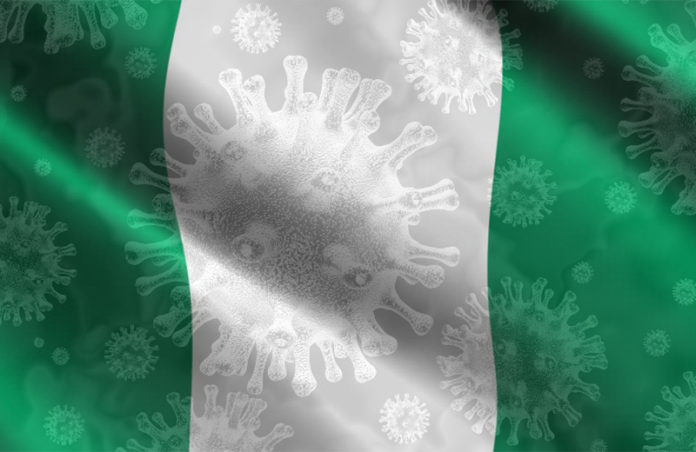 Last week, LifeBank announced via Instagram that it was building a national register of ventilators, respirators and ICU beds in Nigeria – reports Tech Cabal.

LifeBank founder, Temie Giwa-Tubosun says that they had found 126 units, possibly comprising all three equipment categories as the company had reached 200 hospitals across the country.

Now, two days after reaching 500 of 700 contacted hospitals, LifeBank has been able to register the availability of 244 units of equipment owned by the private sector – from this, it is confirmed that Nigeria has just under 100 ventilators that have been confirmed available in private-owned health facilities.

The majority of these ventilators are concentrated in Lagos, while the rest can be found in Abuja, Ogun, Delta, Rivers, and the Enugu states.

These statistics bode a dangerous hypothetical if COVID-19 runs out of control across the countries 36 states and 200-million citizens.

Quick update on Quip – We called 700+ private hospitals, reached about 500. Found 243 equipment and <10 are out of order! 3 will be fixed today! Still looking for volunteer engineers and callers! Shout out to my LifeBankers and all our amazing volunteers! #Covid19 #GetItDone #corona #coronavirus #innovation #PublicGood ❤️

Confirmed cases of the novel coronavirus in Nigeria have taken a large leap since the first case, diagnosed on 27 February. In 11 days, the second case was diagnosed. Now, the country is reporting 174 cases as of 1 April.

Dr. Ola Brown, of Flying Doctors Nigeria – an air ambulance and medical emergency logistics service, said – as of 22 cases only – that the country would need 56,320 ICU beds with ventilators in the next 30 days if drastic measures were not put in place to stall the spread of the virus.

Since then, President Muhammadu Buhari has initiated a 14-day lockdown, but numbers continue to rise.

Taking into account these statistics, the horizon looks grim indeed for Africa’s most populous country. Luckily, a few technology companies have sprung to the government’s aid.

One of these companies is Africa Business Angel Network, which is in the process of manufacturing more ventilators from a prototype model it had received through the possible aid of the National Agency for Science and Engineering Infrastructure (NASENI).

Another, local auto manufacturer, Innosan Motors, says that it is ready to begin the manufacture of ventilators and other medical equipment for the country.

“There are other people saying they want to import. I, personally, believe if we’ve got the capacity, the one we can do ourselves will pay us in the long term,” says Tomi Davies, president of Africa Business Angel Network.

Around the world, different tech companies are working to solve ventilator shortages – these range from UK-based vacuum cleaner manufacturer CoVent – which is making 15,000 pieces to support the NHS. In the US, MIT has come up with a cheap, open-source ventilator called E-Vent, and is currently expecting regulatory approval to make specifications and instructions for public manufacture.

Even car manufacturers like Ford, Ferrari and Fiat have begun adapting their factories to produce ventilators in Australia and Italy respectively.

Nigeria’s health minister says that “…probably just 4% or less of the cases that you get requires a ventilator”, and with 174 cases, 4% may not seem like a lot. As the number climbs though, Nigeria’s tiny amount of available ventilators will soon run out without new sources.

Tech Cabal asks whether or not the country will be fully prepared for the coming onslaught if the curve is not flattened.

FNB Says Middle-income Consumers Spend Up to 80% of their Monthly Salary in 5...

This website uses cookies to improve your experience while you navigate through the website. Out of these, the cookies that are categorized as necessary are stored on your browser as they are essential for the working of basic functionalities of the website. We also use third-party cookies that help us analyze and understand how you use this website. These cookies will be stored in your browser only with your consent. You also have the option to opt-out of these cookies. But opting out of some of these cookies may affect your browsing experience.
Necessary Always Enabled
Necessary cookies are absolutely essential for the website to function properly. These cookies ensure basic functionalities and security features of the website, anonymously.
Functional
Functional cookies help to perform certain functionalities like sharing the content of the website on social media platforms, collect feedbacks, and other third-party features.
Performance
Performance cookies are used to understand and analyze the key performance indexes of the website which helps in delivering a better user experience for the visitors.
Analytics
Analytical cookies are used to understand how visitors interact with the website. These cookies help provide information on metrics the number of visitors, bounce rate, traffic source, etc.
Advertisement
Advertisement cookies are used to provide visitors with relevant ads and marketing campaigns. These cookies track visitors across websites and collect information to provide customized ads.
Others
Other uncategorized cookies are those that are being analyzed and have not been classified into a category as yet.
SAVE & ACCEPT
Posting....
MORE STORIES
Southern Africa

FNB Says Middle-income Consumers Spend Up to 80% of their Monthly...