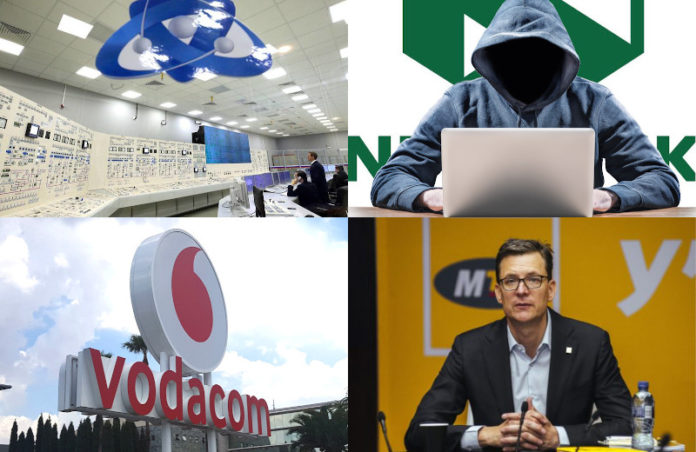 From the #DataMustFall backlash involving the likes of Vodacom and MTN to a set of new details of the Nedbank data hack. The world of tech keeps turning while seemingly everything else is in the midst of the COVID-19 panic.

All the while, Amazon is set to debut a new cashier-less tech system and Rosatom unveils a brand new nuclear energy reactor that could have implications for Eskom.

The biggest online e-commerce in the world, Amazon is selling its “Just Walk Out” tech system to several brick and mortar retailers. This new system is a cashierless service used in retail stores that gives shoppers the freedom to choose products and simply leave the store – without the time-consuming task of checking out.

A further set of new details have emerged from the chaos around the huge Nedbank data hack that left 1.7 million Nedbank clients with personal and private information such as physical and email addresses as well as phone numbers and full-names leaked to the internet for anyone to attain.

The new details place the blame on the lax security in the 3rd party company where the hack originated for the massive leak.

3. MTN Group CEO to Step Down

MTN group CEO Mark Shuter is ending his four-year contract with the telecom megacorp in March 2021.

Shuter believes MTN is well-positioned for growth – thanks to its strategy to optimise efficiencies, capex and cashflow.

2. Vodacom Agrees to Drop Data Prices by as much as 40%

After an investigation from South African watchdog the Competition Commission, it was revealed that Vodacom’s data costs in South Africa are the highest in the continent.

As such, the SA telecom giant will be decreasing its data costs for prepaid and contract users, sometimes by as much as 40%,

These types of nuclear reactors could be used across the country to aid Eskom in stabilising the crippled national energy grid as they are both inexpensive and clean.

Artificial Intelligence in Shopping: How It Is Changing the Way We Shop