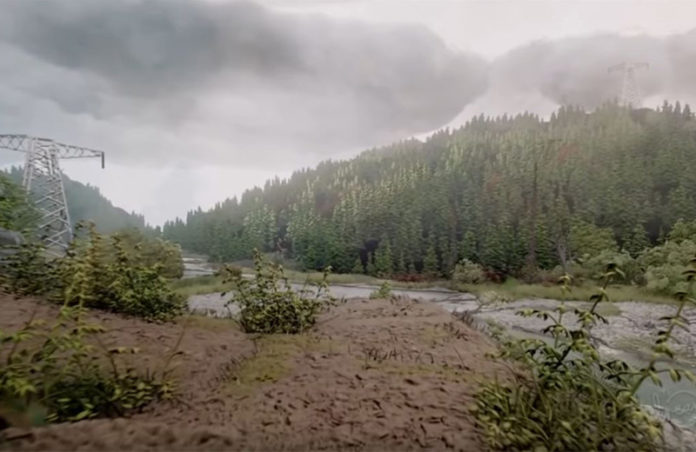 What might look like a slightly out of focus video clip of someone following a river through a misty forest is, in fact, gameplay footage from something made in Dreams on the PlayStation 4.

Seeming like something made with a commercial game engine like Unity or Unreal, which have produced photo-realistic graphics in the past, this video and the series of worlds that user BadRobo82 has made are all produced and running on the limited power of the PS4 console in a game called Dreams.

The trees, textures, clouds, grass, water, and river were all made on Dreams.

BadRobo has made a few photorealistic worlds, last week they uploaded a video showcasing a dense forest that also looks nearly-photorealistic.

According to the creator, these Dreams levels push the game nearly to the max of its capabilities. In a tweet sharing their latest creation, BadRobo explains that the in-game “thermo” – the thermometer that each Dreams creation has in order to maintain stability on the console – is almost full. Creators who max out the thermo can expect performance issues and no longer being allowed to add new items.

“…it is wild to see someone take the tools found in Dreams and create something that could easily fool most people as being real or at least from a bigger budget game,” says Kotaku about the footage.

Released on 14 February this year, Dreams for the PS4 is a game-creation system which is itself a video game where players can use user-generated content to build entire fully-functional games on the PS4 for PS4 players.

The game retails for $39.99, with the description; “Explore and play in an ever-expanding Dreamiverse bursting with games, music, art and everything in-between and beyond. Discover amazing creations from players around the world and experience the awe-inspiring story campaign, Art’s Dream.”