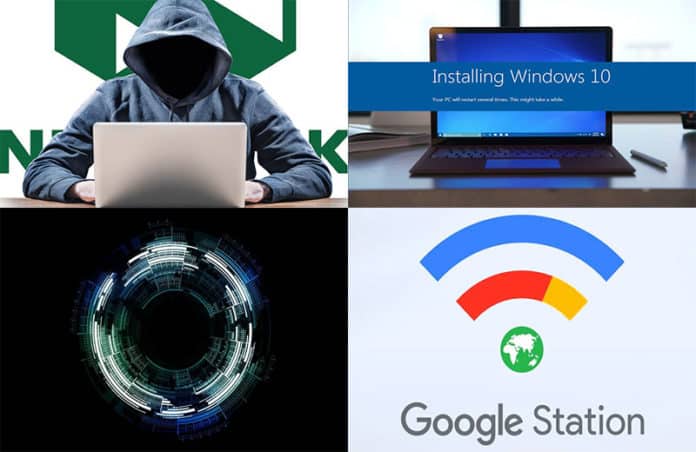 From an interview with the head of information security from Kaspersky and Google dropping another of their worldwide initiatives to Microsoft’s crippling Windows 10 update blunders and the massive information hack at Nedbank.

Google Station, an initiative from Google with the goal of providing free, fast WiFi to underdeveloped areas and those previously disenfranchised was dropped by Google at their Cape Town hot-spot.

3. INTERVIEW: The future of work in cybersecurity

There is a massive shortage of talent in the cybersecurity workforce with a gap of three million positions standing idle and open.

ITNA’s Jenna Delport spoke with Andrey Evdokimov, the Head of Information Security at Kaspersky, who believes that this gap isn’t due to lack of talent or education, but rather it is due to the fact that a lot of the roles that need new talent are in areas that remain unseen and therefore under-employed.

Microsoft has released an update to Windows 10 that causes freezing and crashing of PCs.

The tech giant quickly pulled the patch before it could do any further damage. Microsoft has a history of shoddy patches that ruin the PCs of users, even going as far as deleting all of their data.

Previous to this article, we covered the Nedbank data hacks initial discovery and reaction.

Mike Brown, CEO of Nedbank, says the company has done everything in its power to mitigate the damage from this hack but still warns clients to beware of cybercriminals using their information to masquerade as the bank itself or other companies in an effort to steal their money.