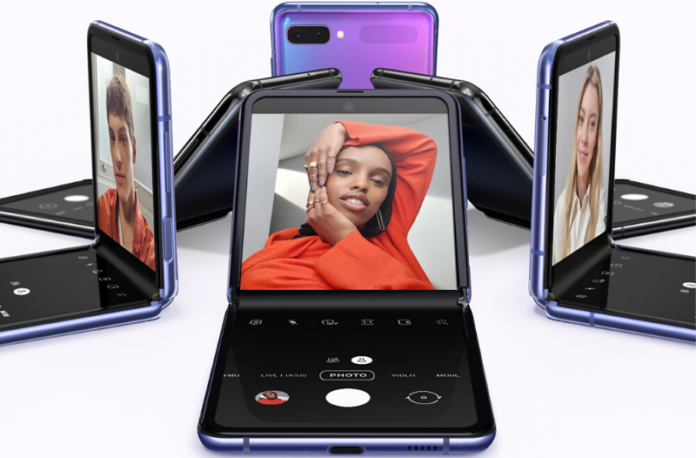 Samsung just recently unveiled it’s latest foldable device – the Galaxy Z Flip – only a few months after the Galaxy Fold had been postponed due to “technical problems”. What exactly were these technical problems, you might ask? Well, the smartphone giant faced major backlash when users worldwide discovered their Foldable Display’s snapped, cracked and broken.

The initial problem was pegged to a removable screen protector that simply wasn’t flexible enough to withstand the daily opening and closing movement.

Since then, Samsung developed first-of-its-kind foldable ‘glass’ that can withstand up to 200k folds. This Ultra-Thin Glass (UTG) is standard on all Z Flips.

Putting the UTG to the test

Smartphone users around the world were a bit more sceptical during Samsung’s second attempt at a foldable. Some users even pushed the device to its limits.

TechWeez reports, “Zack from the popular YouTube channel, JerryRigEverything, decided to take that display for a test. The results were different from what Samsung was claiming from their press releases”.

“Zack found out that the display started showing marks with the number 2 Mohrs hardness pick which is reserved for gypsum.”

“Continuing onward we can see deeper grooves happening at level 3. This is exactly how a plastic screen would react, like how we saw in the Galaxy Fold, the Motorola RAZR and basically every other plastic screen smartphone ever made,” says Zach. He could “physically feel the pick to start cutting the display surface open”.

“Samsung is calling this glass but this display clearly doesn’t have the scratch resistance or structural benefits that customers are expecting from glass,” he added.

Is Samsungs Ultra-Thin Glass really made from glass?

Zach believes that Samsung could have made a “hybrid plastic polymer with little specks of glass ingredients inside” which would explain why the display was susceptible to the scratches. However, there’s no comment on whether the Z Flip will soon see the same fate as the Fold.