South African network provider, Telkom is facing several setbacks – including thousands of customers ditching the service provider every month, a poor reputation, increasing debt, and to top it all off, its share price has fallen by over 10%. 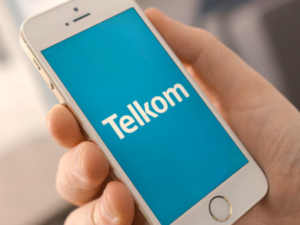 Telkom warned, in an official trading statement, that it expects its per-share earnings to decrease by 30% to 40% compared to 2018 as a result of “significant increase in net finance charges and fair value movement of between 120% to 130% from R443 million reported in the prior year”.

“The market is very disappointed with the result. We see debt up 28% year-on-year, which is a problem,” says Momentum Securities CEO, Steven Schultz.

He claims that a lot of this debt is related to “Telkom’s investment in its mobile network, and because the company borrowed lots of the money it needed, financing costs are ramping up”.

Another concern is, of course, the decline of Telkom consumers. The company reports that fixed-line “subscribers have declined from 3.5 million to 2.3 million, and this trend is accelerating” – with around 299,000 of them ditching the service in just the last six months. And more alarming is the decrease of ADSL, VDSL, and fibre consumers which dropped from 981,176 in March 2018 to 847,650 in March 2019.

According to a report from My Broadband, “this decline comes at a time when there is a very strong demand for fibre-to-the-home services in South Africa”.

“Telkom once dominated the fixed broadband market, but fibre network operators like Vumatel, Octotel, and Frogfoot have eroded its market share. Telkom seems to have accepted its fate as a me-too player instead of dominating the fibre market by cutting its investment in this space.”