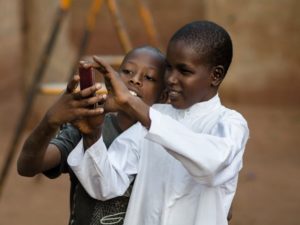 In recent years, education technology has become inextricable from education reform, resulting in a steady increase in edtech startups and private entities innovating in education.

Understanding the realities and complexities of education in Africa, it is imperative that the edtech community interrogate the problems they aim to address, center the solution to the local context, and look towards outcomes as a measure of impact.

Telecoming has closed a partnership with Ubongo, an African producer of kids’ edutainment content to increase the distribution of its cartoon shows, Akili and Me and Ubongo Kids in Africa, starting with Kenya and South Africa, with prospects of further expansion. In addition, the shows will be offered in languages such as Swahili, French or English.

These impactful educational shows produced in Tanzania and bolstered by an increasing proportion of mobile internet traffic in Africa, especially in Kenya (83%) and South Africa (71%) enables children to leverage large-scale educational contents.

According to Doreen Kessy, Chief Business Officer at Ubongo “Telecoming’s expertise in delivering mobile content is extremely useful for our educational cartoons to reach more and more children across Africa.”

Telecoming’s arrival to the continent started in South Africa in 2015, in collaboration with key mobile carriers and always supporting local content producers. This strategy has been strengthened in the past months with the launch of the children’s Nigerian educational programme Bino & Fino, precisely addressed at a young local audience in SA.