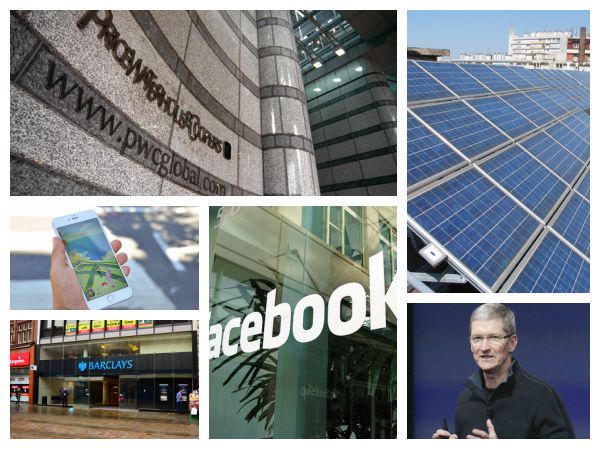 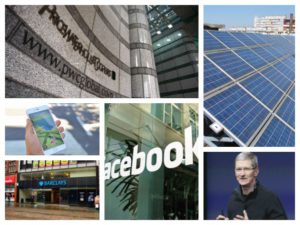 How to Buy the iPhone 7 before it Officially Launches in South Africa
Millions tuned in to the Apple press conference Wednesday for the first glimpse at the highly anticipated next generation of the market dominating iPhone. Hailed as the “most advanced iPhone ever” by the company, the iPhone 7 possesses improvements that we’ve all been waiting for, including breakthrough new camera systems, enhanced battery life, the most colorful Retina HD display ever in an iPhone, and, finally, water and dust resistance along with a sleek new design. Read more

Barclays Africa in world first blockchain transaction
Africa was at the forefront of technological change this week as Barclays Africa and its UK parent company Barclays plc completed the world’s first trade finance transaction using blockchain technology.
The trade, between Ireland and the Seychelles, was based on a new technology platform developed by Wave, an innovative start-up company that went through the Barclays Accelerator programme powered by TechStars in New York last year. It could herald a new era of simpler, faster and safer trade finance. Read more

Rogue Pokémon App discovered
Kaspersky Lab experts have discovered a malicious app on the Google Play store: “Guide for Pokémon Go”, capable of seizing root access rights on Android smartphones and using that to install/uninstall apps and display unsolicited ads. The app has been downloaded more than 500,000 times, with at least 6,000 successful infections. Kaspersky Lab has reported the Trojan to Google and the app has been removed from Google Play. Read more

Facebook announces feature for South African businesses
Facebook is supporting South African businesses that want to grow internationally by providing them with powerful new tools and resources that enable them to connect with people in new countries. These new solutions help small businesses become large and local businesses become global.
More than 1 billion people on Facebook are connected to at least one business in a foreign country, and 1.57 billion people visit Facebook each month on mobile devices. Read more

4G LTE in Nigeria: What to Expect
Following the acquisition of Visafone with its 800MHz frequency spectrum earlier this year and the 10-year 2.6GHz frequency spectrum in July this year, MTN Nigeria has started rolling out the 4G-LTE state-of-the-art services thus setting the pace and breaking new boundaries as the first of the leading telecommunication companies (telcos) in Nigeria; which has added Nigeria to the global list of countries having 4G-LTE penetration, 28th in Africa. Read more

Debunking the myths of solar energy
“Solar is expensive”
It really depends on how you look at solar. If you talk about solar panels, boxes and wires ‘the technology’, this is true. The initial upfront cost is high. As a simple rule, installing a solar system will cost around 8-10 times the annual electricity bill you want to replace. Why? Well it’s really because unlike coal or other forms of energy, all the costs sit in the technology itself, after that the sun provides a free and ongoing energy source. Read more

Eight technologies executives should absolutely consider
PwC has identified the Internet of Things alongside virtual reality and 3D printing, as one of the eight essential technologies that C-suite executives “should” absolutely consider. In its report, Tech breakthroughs megatrend, PwC evaluated more than 150 technologies globally, and developed a methodology for identifying those which are most pertinent to individual companies and whole industries. Read more