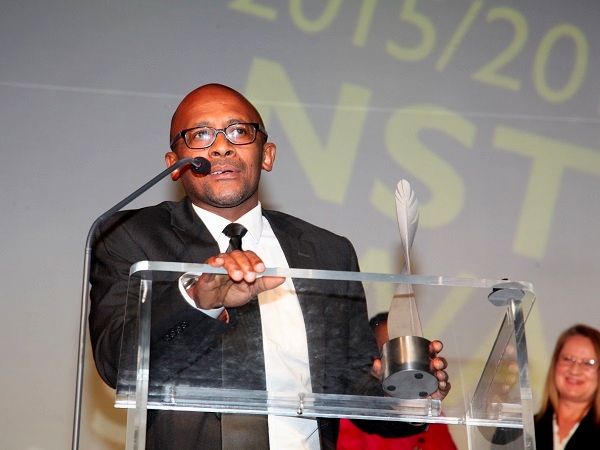 Prof Bheki Twala received the award for his work in building on diverse expertise in making decisions given incomplete information, as well as utilising Artificial Intelligence (AI) techniques for predicting and for the classification of tasks in several fields such as banking and finance, insurance, biomedical, robotics, psychology, software engineering and most recently, electrical and electronic engineering science.

Prof Twala is the Director of the Institute for Intelligent Systems, Professor of Artificial Intelligence and Statistical Sciences at the Faculty of Engineering and the Built Environment (FEBE), UJ.

He served as primary inventor for the development of effective techniques in decision support systems given poor data quality. He has also shown how AI and grey relational systems could be used to predict road traffic accidents (RTA) in South Africa given that the RTA data are of poor quality

The Minister of Science and Technology, Naledi Pandor presented the national 2015/2016 NSTF-South32 awards at the ceremony held in Gauteng, celebrating contributions to excellence in science, engineering and technology (SET) and innovation.

Pandor has previously stated that South Africa’s science mission is to create wealth, thereby creating jobs and eradicating poverty. Its success depends on our ability as a nation to develop new products, technologies and services.

The national NSTF-South32 Awards are the largest SET and innovation awards in South Africa and were also the first science awards in the country.