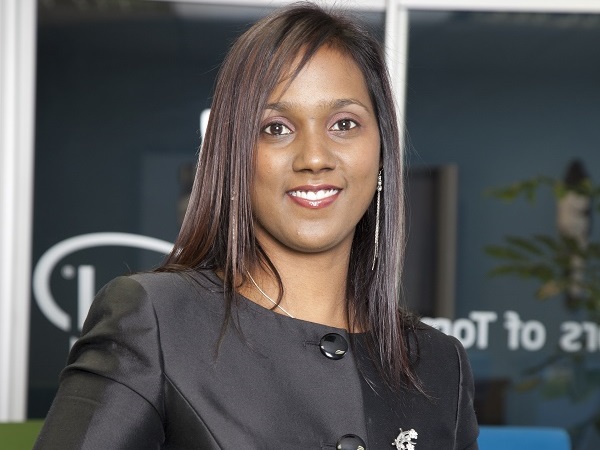 The theme for Women’s Month 2015 is “Women United in Moving South Africa Forward.”

As Women’s Month is coming to an end, Intel has handpicked five inspirational women who are making strides in the tech industry, not only personally and professionally, but also in the lives of other women and girls – whether they’re in Africa or other parts of the world.

Videsha Proothveerajh, country manager for southern Africa at Intel
Videsha has 17 years of experience working in the IT industry with big name companies such as Microsoft, EDS and, since 2008, Intel. During this time, she has earned a number of accolades, including Most Influential Woman in Business and Government for ICT in 2010.

Videsha firmly believes in the power of education and learning to unearth not only her own potential, but that of others, too. She is passionate about female empowerment and education and encourages her employees to get involved in community upliftment projects that bring about valuable change. She is a champion of Intel’s work with the South African government that aims to touch the lives of citizens in emerging markets through technology, and believes that tech is the industry to be in for anyone who is passionate about making a difference.

She acknowledges that working in the tech industry can be challenging but believes that women’s empathy, nurturing instinct and inclination to actively listen give them a competitive advantage to change perceptions in the workplace. The only limitations, she believes, are the ones we create for ourselves.

Her advice to women interested in tech is to never be defined by a title, whether that’s ‘IT manager’ or ‘woman’, but to rather enhance opportunities to learn new skills and be enriched by new experiences so that they may define their own idea of success. Education, she says, is a tool that can lift people out of poverty and enable them to achieve the seemingly impossible. “Learn from your failures, be yourself and dream big.”

In a Forbes interview, Videsha said that the promise of technology in Africa is to empower millions of women with access to information that will allow them to take charge of their lives, improve the lives of their families and communities, and establish themselves as independent voices and businesspeople in charge of their own destiny. 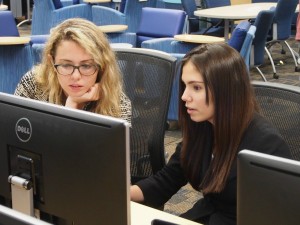 Emily Reid, curriculum director at Girls Who Code
Based in New York City, Emily Reid has been teaching programming and entrepreneurial skills to girls since January 2015 while freelancing as a technical and programming consultant for small businesses. She is passionate about closing the gender gap in computer science, and creating technology that changes the face of computer science, and Girls Who Code provides a space for her to do just that.

The organisation is working towards closing the gender gap in technology by teaching girls computer science skills to prepare them for the 21st century. It can be intimidating for girls to walk into a computer science class filled mostly with boys who are already familiar with computer jargon, and this may discourage them from pursuing the topic. Girls Who Code provides a safe place that introduces girls to computer science in a fun and exciting way, giving them confidence to move forward.

While working as an engineer at graduate school, Emily was devoted to teaching girls how to code but was troubled by the gender gap she saw in her class and in the workplace and believed that education was the answer.

Emily is a strong believer that technology can solve human problems and she wants to enable humans to create such technology. Children, education, and science and technology are close to her heart and Emily has found a way to combine the three to make a difference in the lives of girls who are interesting in pursuing careers in technology.

Emily’s message to girls is that they can be computer scientists while still being themselves. They don’t need to be male, nerdy, anti-social or any other stereotype to pursue a career in technology. They don’t even need to be interested in only maths and science; creative minds will also find a space to thrive in computer science. She says girls should start with getting comfortable with taking risks, find a mentor and everything else will follow. Once women are more involved in technology companies and are making decisions about technology alongside men, then we’ll be heading in the right direction. 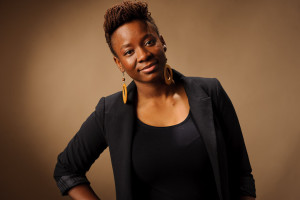 Titilope Sonuga, She Will Connect ambassador
Titilope is the official spokesperson of Intel’s 2015 She Will Connect Programme in Nigeria, which aims to educate young girls and women on how technology can contribute towards economic and social development across the world.

The award-winning poet, writer, actor and civil engineer is using her story to inspire girls to get involved with technology and, as ambassador of She Will Connect, will work with NGOs to train women and girls across Nigeria on how to use technology.

Through her own personal journey, Titilope has come to understand that having access to technology, information, peer networks and resources gives girls and women options and possibilities, through which anything is possible.

She recalls a time when, as a young girl of five, she would practice typing on her family’s first computer and how that helped her later in life. It made her think of the importance of the seeds that are planted at a young age and what that tells a girl about what her life can become. Today, Titilope has been able to access a number of opportunities through a global network supported by platforms like Facebook and Twitter, which is why she feels passionately about training and providing access to women who, until now, have not had those opportunities. 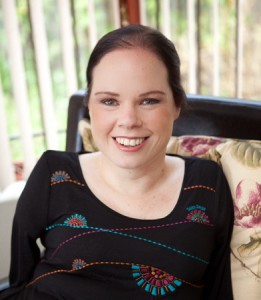 Nicky Abdinor, founder of Nicky’s Drive
Born with no arms and shortened legs, Nicky Abdinor was determined not to let her disability stop her from living as normal a life as possible. One of her goals was to drive and be independent – and she did it with the help of technology.

People living with disabilities in South Africa have few options when it comes to specially adapted vehicles, and can expect to pay up to R15 000 to have a car adapted – if the technology is available locally. And then there’s the additional cost of registering the vehicle and paying for the skills needed to adapt it.

This inspired Nicky, through Nicky’s Drive, to partner with the Cape Peninsula University of Technology for the “Driving Dreams” project, which aims to bring joystick steering technology to South Africa so that more disabled people can realise their mobility and independence.

“The ability to drive a modified vehicle not only provides freedom that we so often take for granted, but it also enables people with disabilities to develop their self-confidence and contribute to society through their work and family life.” 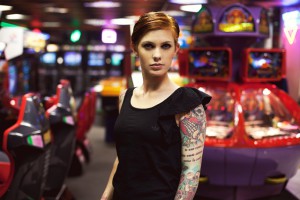 Pippa Tshabalala, producer at Viacom, media personality and gaming enthusiast
Pippa is passionate about video games and started her career as a 3D artist at a gaming company, moving on to teach 3D Animation at Wits Digital. Her passion for gaming goes far beyond just playing them – she believes video games reflect society and culture in the same way that film and art does, and can teach valuable lessons to children, including strategic thinking, planning and team work.

While teaching, Pippa got her first taste of TV when she started presenting a show called PlayR and then The Verge, a locally produced show about video games. She later became a producer at Don’t Look Down Productions before moving to Viacom International Media Networks to become On Air Producer for MTV Base and later Comedy Central and Nickelodeon.

Her opinions on gaming and career in TV earned her a spot in the Mail & Guardian’s Top 200 Young South Africans list in 2013 and was invited to speak on the topic of gaming and social change at TEDxSoweto.

Pippa received a lot of criticism from male gamers who assumed she had been hired because of her looks. She quickly proved them wrong and has become a respected voice in the industry, taking a stand for women in technology. She encourages girls who are interested in STEM to go for it. “Don’t let anyone tell you that you can’t. Choose a career that interests you, no matter what it is.” She also urges girls to take charge of their own development and to learn as much as possible about the field that interests them.