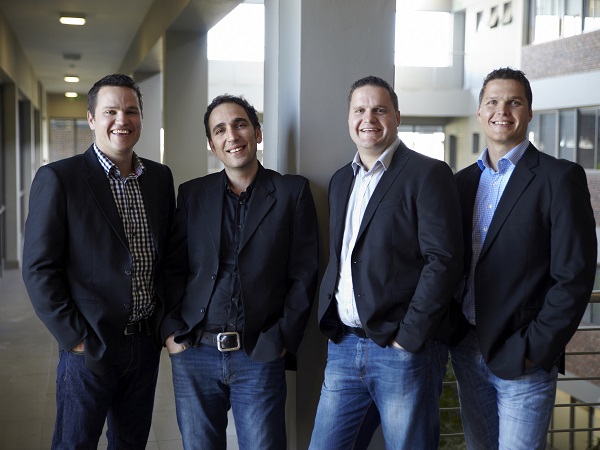 A ‘bootstrapping’ philosophy, coupled with hard work and innovation has paid off for four determined South African entrepreneurs who received the prestigious Frost & Sullivan 2015 South African Product Leadership of the Year Award for Enterprise Resource Planning Systems for its PaySpace cloud-based payroll product, at an awards ceremony in Cape Town on Thursday.

Commenting on PaySpace’s award win, Fadzai Deda, Frost & Sullivan Best Practices analyst says: “PaySpace has positioned itself as a leading end-to-end human capital management (HCM) software developer and provider. Owing to a pay-as-you-use model, its customers have the flexibility to readily change their payroll and HCM as the need arises.”

Frost & Sullivan reports that companies are set to increase their spending budgets on ERP systems at a forecasted compounded rate of 11.6% between 2013 and 2017. While this is positive news for industry participants, a current challenge is the slow adoption of cloud computing by business entities because of information security concerns.

Against this backdrop, Deda says that PaySpace’s pricing model will be a key driver for cloud adaption within enterprises not only in South Africa but also in the 37 African countries in which its payroll solutions are used.

She continues: “The pioneering history of PaySpace is characterized by continuous refinement of its HCM solution to create a benchmark product. For instance, PaySpace’s Cloud Analytics provides rich information for organizations to make strategic decisions based on historical and real-time data. This has made PaySpace the payroll and HCM vendor of choice for many international and local blue-chip customers.”

Frost & Sullivan’s independent analysis of the ERP market clearly shows through PaySpace’s numerous industry firsts, namely: online user community and support, cloud analytics, African legislative module with niche expatriate functionality, a ‘no-app-required’ mobile site and the discarding of a formal payroll run procedure, it has been able to ensure that its customers are able to remain efficient and proactive by providing a simple, all-in-one IT solution at an affordable cost to SMMEs and larger corporates.

As a result, its African footprint has grown exponentially from 18 countries in 2011 to 37 countries in 2014. This strong overall performance has earned PaySpace this prestigious award from Frost & Sullivan.

Deda goes on to say that the focus of many Human Resource departments locally and internationally has shifted from being purely administrative and compliance driven, to becoming strategic partners in the business. “In response to these market trends, PaySpace’s wide array of solutions empowers human resource managers with capabilities that include training and skills management succession and talent planning, performance management and workforce planning on an easy to use intuitive platform.”

PaySpace co-founder Bruce van Wyk, says that PaySpace is unlike the legacy on-premise systems, which require annual licensing fees and are costly to maintain in that PaySpace customers pay per pay slip and that customers can access their software and information anytime, anywhere in the world with no software required.

“All you need is an internet connection and browser,” he explains. “Automatic system and legislative enhancements/changes/updates ensure that clients don’t need to download any files or run a program.”

PaySpace, essentially a family business, started in the living room by brother directors, Bruce, Warren and Clyde van Wyk and George Karageorgiades, who previously all worked together at an international payroll company before starting PaySpace.

van Wyk says that the four start-up entrepreneurs realized early that they wanted equality in everything and therefore pooled their salaries from income received to fund the others that were developing the product full time, and financial sacrifice was huge from everyone involved. “This bootstrapping model ensured that we were debt free from the outset and required no capital funding from investors meaning we retained our 100% ownership,” he adds.

This paid off, with PaySpace launching its integrated Payroll and Human Resources (HR) platform in 2007, becoming the first South African payroll provider to eliminate the time-consuming payroll runs and back-up procedures required by most Payroll and HR software packages today.

“PaySpace’s core architectural design facilitates quick configuration of any legislative framework and this greatly assisted us with rapid roll out to other countries,” he adds. “We developed a niche expatriate module, which attracted the large accounting firms and in automating multi-currency calculations we had requests for more and more countries, expanding to 11, 18, 27 and then 37 countries accordingly, with Eastern Europe on our expansion roadmap in the near future.”

For more information go to www.payspace.com