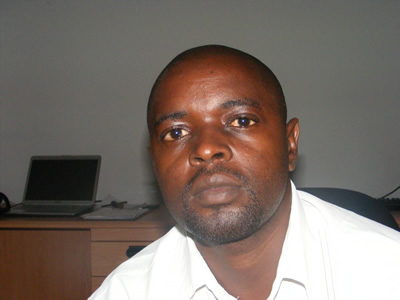 The Kenyan IIEC (Interim Independent Electoral Commision) has set a good pace. It has shown how speedy and accurate the results from polling stations can be relayed to the main center using phones and laptops during election and the referendum.

Electronic voting is an evolution that demands the integrity of those in-charge and efficiency of the system in use. The Kenyan IIEC has made a commendable beginning towards embracing this technology through its tallying and transmission methods. That is the better side of technology. However, in the computer world, a programming error or any manipulation can water-down the benefits of such a milestone. Memories of the American vote dispute in Florida between Bush and Al Gore reflects the other side of electronic voting. The e-voting machines recorded a negative 16,002 votes for presidential candidate Al Gore. He garnered these ‘negative’ votes in a county with 585 registered voters. Indeed, every step in technology demands not only accountability but also preparedness for the accruing challenges.

While the sweetness in e-voting is portrayed in speed, accuracy, scalability and anonymity, the African democracies still have some contentious issues in how they conduct presidential elections. We live in an era where computers depend on what is fed to them in order to give the desired result. For a dictator, technology makes it easier: manipulate the machines and you win.

Electoral fraud has been a snag in democratization with unbearable repercussions. The Kenyan post-election violence and the muck on some democracies of other countries portray just how horrible such malpractices can be. But as countries welcome the power of computers and ICT in the election process, the aspect of new deceptive practices comes into focus. Technology makes life easy and sweet, but like roses there are thorns here and there. Hence, electronic voting is not a panacea to the electoral fraud that has all along punctuated elections in Africa and other parts of the world. Computer systems are vulnerable to manipulation and most of them can be accessed by tech-savvy hackers.

Technology is all about machines which are as well prone to a certain percentage of error especially when the input to a program is erroneous. E-voting brings to life another dimension of fixing elections if not well accounted for. The troubles associated with the slow manual voting were mainly human related and, now it can involve the same characters with assistance from tech-savvy crooks to manipulate a desirable outcome of an election. In essence, even the western world has shown us that a good election is highly dependable on the human factor.

Trust in democratic government is a matter of strong belief in the political institutions, systems and the individuals in office. One of the paradoxes in African politics is the deceit in power games. Very few African leaders can live to their pledges and virtues while in office. As absolute power takes control of their egos, the continent is left at the mercy of power -hungry and greedy rulers. Perhaps technology will save us – only if we use it well.