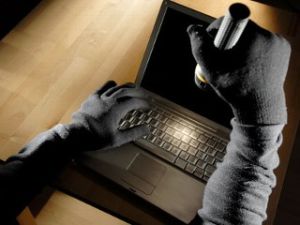 Three months before the World Cup, internet or cybercrimes are reported to be on the increase in South Africa.

Several individuals have already been duped of hundreds of thousands of Rands, as unsuspecting individuals easily fall prey to these internet criminals.

The names of cellular mobile companies have been used by individuals pretending to be representing them in order to make a quick buck.

One such South African citizen, Liz Mlilo, was contacted by an individual claiming to be a representative of a renowned United Kingdom based mobile company, T-Mobile, advising that she had won R250 000 prize money.

“But before I could collect my R250 000 prize, the T-Mobile representative in South Africa demanded R3 000 first.

“I won this huge prize on 9th February this year. I recieved the shock of my life when told to pay first R3 000 so that I will get my prize”, said Lil Mlilo.

A man who claimed to be a T-Mobile representative in South Africa, identifying himself as Devon Lee, confirmed the prize, but argued that Liz Mlilo could not complete the entire procedure which would have enabled her receive the cash.

“She has almost completed the procedure, but could not finish,” said Lee, before the mobile went off-line.

SMSes sent to Liz read: “Congratulation, you have won R250.000 in the T-Mobile Promotion held in UK.

“Your ticket number is TM2010, and contact Devon Lee”.

The money did not come.

Another SMS demanded that she act fast for she was taking long to deposit the requested R3 000 in order to get her R250 000 prize money.

It read: “Dear Lizzy, the bank said you are delaying the payment.”

Last year, ITNewsAfrica received a number of requests from Nigerians asking us to confirm the authenticity a certain SMS competition, allegedly being run by mobile operator, MTN.
One of the messages from Oluchi Ede read– “I just need to know if there is currently a competion for MTN customers to win Big on the FIFA World Cup 2010 campaign. Reason is my Mother-in-Law has just received an sms, saying that she won, a very big amount of money, and now they’re expecting her to sms here details including Bank Acc. & ID No.
Is this for real? ”

Scams similar to the one above have been running for a while now and people have been warned not to fall for them. If its too good to be true, it probably is.