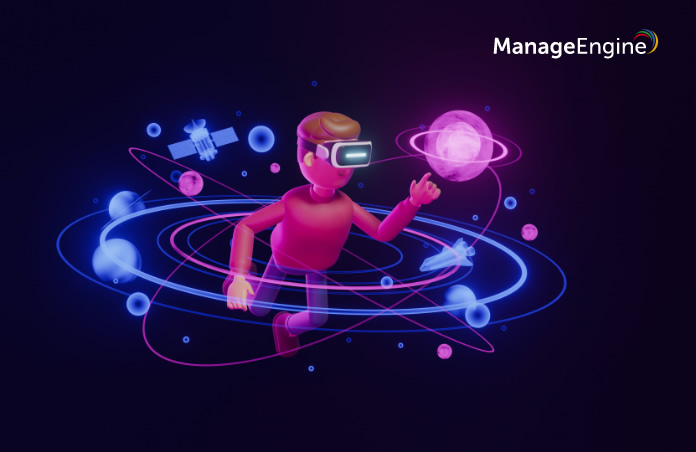 The metaverse: the next evolution of the internet that will have us not just consuming the web, but living and experiencing it. The metaverse is undoubtedly exciting and could change the way we create and consume content. But, is this technology really something people are willing to engage with on a large scale?

The metaverse is still in the early stages of its life cycle, so it’s completely natural for the general populace to be concerned–and most of these concerns are justified. Let’s take social media as an example. For all its benefits, social media has undoubtedly created serious and widespread problems, especially among the youth. Studies show that problematic social media use (PSMU) in minors can affect emotional regulation, leading to psychological strain and anxiety.

In the metaverse, these problems could be amplified as the interactions are more direct and feel almost physical, despite being on a virtual platform. There are already reports of users being sexually harassed, and this is just one problem among several, at least in the current state of the metaverse.

It’s no secret that social media is addictive, and compulsive usage can negatively affect a person’s mental well-being. Ultimately, the metaverse is an evolution of the internet we’re familiar with, but with far more interactivity. Simply viewing something on a flat screen with the level of interactivity we have today is itself very addictive, and there’s no reason to doubt this will be amplified in the metaverse. It’s entirely possible that the level of immersion could amount to extra hours spent disassociated from real life. Like social media, spending too much time in a virtual world could potentially cause serious mental health issues, especially in youngsters.

Since the metaverse combines the use of virtual reality (VR), augmented reality (AR), and mixed reality (MR), gestures and speech are the primary means of communication, as opposed to text and images. The physical, real-time nature of the metaverse will make monitoring content a herculean effort, and it will be crucial to ensure a safe and protected environment for any child users entering in. Content moderators will not only have to keep an eye on any content created on the platform, but the behavior of its users as well.

A mere 20 minutes of VR use can generate about 2 million unique data elements relating to your  device data, location and most alarmingly, your behavior: how you breathe, talk, and even your pupil dilation. Monitoring the content you upload to the internet is one thing; tracking your biometrics is a whole other problem, and there’s no guarantee your data won’t be misused. The interactivity of the metaverse could enable a threat actor to carry out more convincing social engineering attacks. For example, a hacker could impersonate someone known to the user by using their avatar. Voice changers could also be leveraged to give the attack more credibility. Moreover, transactions on the metaverse involve cryptocurrencies using blockchain, and the unregulated state of blockchain could expose users to more risk.

In the virtual worlds of the metaverse, insulting and offensive messages are replaced by abusive actions. Abusive behaviour in VR is “way, way, way worse” according to Patrick Harris, a lead game designer. This is because virtual reality enables people to enter a digital environment where inappropriate speech and unwanted touches can feel almost like the real thing. Some developers are even working on haptic gloves and haptic vests to heighten the sensory experience—but haptics plus abuse is a terrible combination.

Now, the metaverse isn’t inherently bad or harmful to society. In fact, it might even have the potential to revolutionize education and the workplace and bring people together in a way we’ve never seen before. Its arrival could also push legislators to create laws and regulations to protect the interests of its users.

However, it’s important to be skeptical about any new technology, especially one that might play a huge role in our lives. Remember, the organizations leading the development of the metaverse have poor track records when it comes to protecting privacy and free speech and are likely to prioritize profits over users’ safety like they’ve done in the past. Let’s make sure to hold these companies accountable and not give too much of ourselves away, because the last thing we need is another tech giant watching our every move.