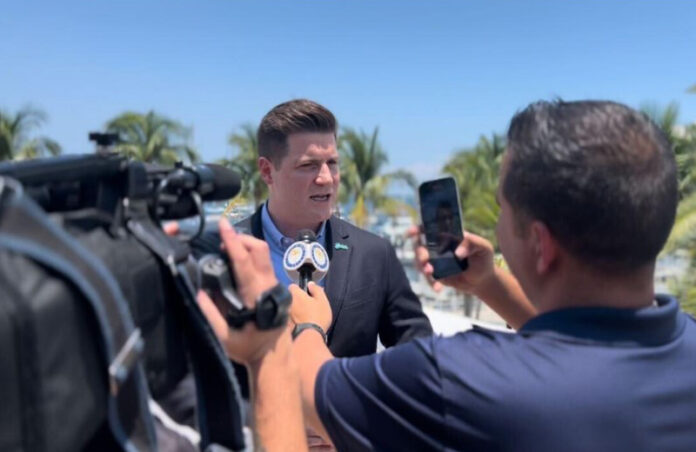 Many people know of Philip Belamant, the South African serial entrepreneur who is best known for co-founding Zilch, one of the most impactful fintech companies to have disrupted, strengthened, and supported the buy-now-pay-later (BNPL) market. Zilch has made this industry a safer space for consumers to shop without being caught out by late fees and soaring interest rates.

Philip Belamant’s work in Zilch and the wider fintech arena has seen him become a well-established figure in the UK and U.S. worlds of financial innovation. But fewer people are familiar with the efforts he has undertaken in his home country, South Africa, where he has supported underfinanced populations with pioneering payment technologies and laid the groundwork for Zilch’s later success.

Here, we will explore the story behind Zilch, the fastest-growing company in Europe, Philip Belamant, its South African CEO, and the investments that notable businesses have made in the company.

When launching PBel, Philip Belamant set about his mission to bank the unbanked with a ground-breaking mobile payment technology. This technology pivoted the world of credit towards an inclusive, empowering system – a virtual airtime distribution model that allowed consumers to purchase airtime from their phones. This branchless banking opportunity allowed millions of consumers who didn’t have access to bank accounts and kept all of their funds in cash to pay for their bills and everyday essentials.

At the time, the traditional business-to-business-to-consumer (B2B2C) airtime distribution model typically involved multi-vendor businesses purchasing airtime at a discounted rate. These multi-vendor businesses then distributed the airtime amongst vendors, who sold the airtime to consumers. But PBel took a different approach by lending airtime directly to consumers and collecting repayments from mobile network operators like Orange and Vodafone.

PBel also partnered with outreach programmes like the MasterCard World Food Programme and the IFC World Food Programme to distribute funds to individuals in third-world countries who were using green screen phones. These partnerships enabled Philip Belamant to facilitate a net benefit to society.

Some of the regulations that Philip Belamant worked on included electronic value distribution regulations that involved airtime distribution and discounts. He worked on these regulations with the companies that oversaw them in Namibia, Botswana, Nigeria, and Ghana. During this process, challenges associated with Know Your Customer (KYC), a mandatory process of identifying and verifying a customer’s identity when providing them with finance, arose. These challenges were prevalent as many banks won’t open accounts for customers who don’t meet KYC requirements.

To overcome these challenges, Philip Belamant came up with a new way to understand customers digitally, improving access to finance options for those who didn’t have electricity and/or water bills and therefore couldn’t obtain proof of residency. Providing these individuals with virtual cards gave them a way to source the finance options they otherwise didn’t have the documentation to access.

Philip Belamant’s original plan was to employ biometrics to identify prospective customers, but this wasn’t possible in the era of the green screen phone. As an alternative, he used voice biometric technology (which individuals could use to dial in via unstructured supplementary service data (USSD) codes) to identify customers, who could simply state their full name for PBel to recognise them and know they weren’t using a recording. Philip Belamant later developed this system with face biometric matching.

Another development that Philip Belamant led in South African regulations involved offering consumers ways to win free airtime. After developing a service that didn’t fit into the existing regulations or lottery license, he collaborated with the regulator to shape regulations in a way that allowed the gifting of airtime.

After developing financial technologies that allowed consumers across South Africa to access a simple payment solution, Philip Belamant relocated to London, where he co-founded Zilch. This payments company has made shopping affordable for consumers throughout the UK by allowing them to split the cost of their purchases into four transactions over six weeks at 0% APR or receive cashback of up to 5% when they pay in one transaction. Customers can then use this value to discount their future purchases.

Similar to PBel, Zilch has financially empowered more than 2,5000,000 consumers by partnering directly with them instead of with retailers. Zilch was also one of the first payments companies to secure an FCA Consumer Credit Licence, and the fintech has worked closely with the FCA on regulations to protect consumers in the UK.

Family office, institutional, and private companies have invested in Zilch to enjoy their share of the payments company’s success. Some of these investors include DMG Ventures, M&F Fund, and Goldman Sachs Asset Management.

Additionally, in November 2021, Ventura Capital and Gauss Ventures invested $110 million into the company. Further to this, Zilch’s most recent funding contribution came in summer 2022, when the payments company secured $50 million for its Series C, where shares were valued at just under £1,300, raising a total of $160 million. This share value marks an impressive rise compared to the £49 value of a share in the Series A.

Philip Belamant has injected this funding into Zilch’s growth strategies: The company has hired over 20,010 talented individuals, expanded on an international scale, launched plans to improve its accessibility and value, introduced new rewards and fiat currency, and plotted future focused payment options, including cryptocurrency.

Zilch’s value reached $2 billion in November 2021, 14 months after raising an initial Series A of approximately $10 million. This milestone saw Zilch become a double unicorn and the fastest-growing European unicorn in history.

Despite Zilch’s exponential success, none of its investors to date are South African.

In the two years since Zilch’s launch in the UK, the payments company has grown from inception to £1 billion of gross merchandise value (GMV). 2 million customers from the UK alone signed up to use Zilch within its first 18 months, which saw the fintech grow faster than companies like Klarna, Wise, Afterpay, NU, Revolut, and Robinhood. Now, over 250,000 customers sign up to use Zilch in the UK every month. It’s no surprise that Zilch’s payment system has become the highest-rated, most-reviewed financial product on Trustpilot, where it boasts an average rating of 4.6 out of 5 stars.

Some of Zilch’s recent growth has stemmed from the introduction of its Tap and Pay feature, which allows customers to pay with a virtual, contactless Zilch card. The payments company processes approximately 40% of its sales through this feature, which allows consumers to shop with a Zilch card with the same ease as shopping with a debit or credit card.

Given Zilch’s impressive UK growth and reputation, on May 17, 2022, Zilch launched its U.S. headquarters in Miami with a target audience of 125 million customers. Over 150,000 U.S citizens pre-registered as Zilch customers before the company launched in the U.S. Now, Zilch is hiring 100 employees for this new office, and plans are underway for Zilch to expand into Europe.

In both the U.S. and the UK, shoppers are confused by BNPL 1.0, which is quickly becoming outdated, especially as Zilch brings its consumer-focused, BNPL 2.0 product to more countries. In March 2022, Zilch teamed up with YouGov to run a survey of 2,000 U.S. consumers and spotlight this confusion and clear up misconceptions about BNPL. The survey revealed not only that many consumers don’t understand how BNPL works but also that many of these consumers use credit cards over BNPL products despite having to pay hefty late payments and interest fees.

According to the survey:

However, credit cards can pose a much higher level of risk than BNPL companies, especially safe payment companies like Zilch that adopt the modern, future-facing BNPL 2.0 approach. BNPL 2.0 merges the benefits of debit and credit while eliminating the risks of credit. This approach is central to Zilch’s product, which allows users to shop anywhere that accepts MasterCard, both online and in-store while receiving deals and discounts and spreading the cost of their purchases without the risk of paying additional fees.

To put this into perspective, while Zilch doesn’t charge any hidden fees, U.S. citizens paid a combined $120 billion in credit card interest and fees each year between 2018 and 2020. This amount breaks down to around $1,000 per household per year.

While credit cards can harm your credit score, leave you paying unexpected fees and high interest rates, and make it difficult to control your spend, Zilch can help you avoid penalty costs and manage your spending effectively with its proprietary affordability algorithm, which updates every time you spend.

Zilch plans to reduce credit card interest rates by 20-30% to hit 0. The company’s efforts are disrupting the annual interest and fees that some predatory companies collect from consumers on a large scale.

Philip Belamant has dedicated his professional career to creating technologies that pave the way for positive change in society and financially empower consumers, first in South Africa and then in the UK and U.S. He completed a degree in Information Technology at the University of Johannesburg in 2006. Since then, he has conceptualised, developed, and sold value-added mobile payment services in more than 25 countries, mostly under the PBel name. In 2021, Philip Belamant was named the British Entrepreneur of the Year, and Zilch won the Scale-Up Company of the Year Award.