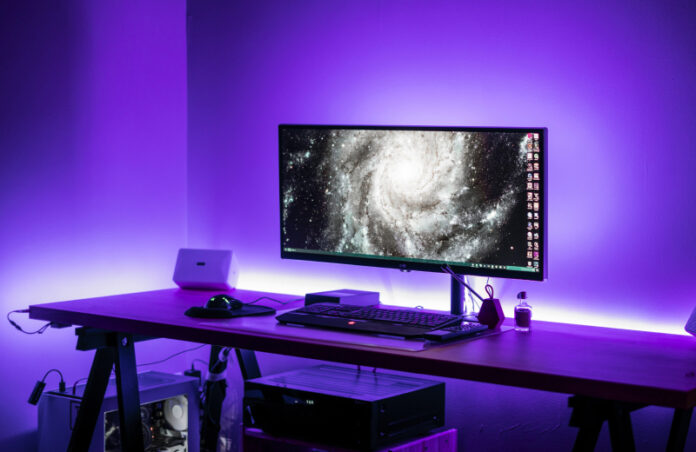 According to recent data, Sub-Saharan Africa is expected to be the fastest-growing gaming region in the world.

Game Industry Africa recently reported that the total number of gamers in Africa increased by 142% between 2015 and 2021.

Locally, gaming tournaments such as Telkom VS Gaming’s leagues and eDiski tournament- South Africa’s biggest FIFA tournament, are allowing local fans to fully immerse themselves in all the gaming action.

With this the idea of pursuing a career in esports is no longer a foreign concept and as the age-old saying goes “Choose a job you love, and you will never have to work a day in your life.”

With this in mind, there has never been a better time to convert your adrenaline rush of playing video games into a lucrative career path.

Here are 5 careers you can build in and around Esports:

For those passionate about gaming and putting their creativity into crafting their dream games, this may be a career that spikes your interest.

Not only does a career in this industry break away from the dreadful 9 to 5 office job, but it also provides a creative platform to express your passion.

What is game design? In simple terms, a game designer is the creative driver responsible for bringing a game to life, this involves crafting compelling stories, character goals, rules and challenges that drive interactions with other characters, users or objects.

Game lovers can certainly bring their fantasies to life by crafting every creative detail in the game.

Game development is different to game design. Game designers deal more with the creative conceptual side of things, key aesthetics, levels, characters and the storyline of the game.

Game developers, on the other hand, are responsible for the more technical part of the game, they breathe life into the concepts, taking them from the conceptual phase and working them into reality through coding, working on engines, or other technical aspects. Game developers develop, program, engineer, render, record and test until they have a full-fledged game.

One of the most obvious choices is becoming a professional gamer. Years ago if someone proposed pursuing a career in gaming it may have been frowned upon. Today a career in Esports could prove to be quite lucrative depending on how successful you become within the field.

So what does it take to become an Esports star? Similar to any traditional career path, experience, passion, and talent are a few of the requirements to pursue a career in Esports.

A lot of people ask me how I started and I always say with practice and dedication. Every skill needs time and dedication to master, pro stars are not exempt from this. Some gamers spend an average of ten hours a day, six days a week gaming, which all helps in gaining experience and mastering their skills.

Building a following and presence on gaming platforms such as Twitch and YouTube Gaming would also be crucial to your success in Esports.

Lastly, one of the most important and maybe obvious factors would be a stable and speedy internet connection. Nobody is going to follow you if your streams always lag.

Much like any other sports coach, an Esports coach would need to drive and motivate their team to play against competitors and ultimately help improve their players’ skills.

Esport coaches develop strategies and game plans to help conquer opponents. As demonstrated in the Telkom VS Gaming leagues, coaches would work closely with players to help identify potential weaknesses and take advantage of their strengths. This is a great profession for strategic thinkers.

Watching any sports game is only amplified by the commentator documenting every action of the players and vocally celebrating their victories with you.

If you’re passionate about the industry, fast-witted, and easily able to give spectators a blow-by-blow account of everything happening in life and on-screen then a career in Esports shoutcasting may be for you.

The key to success in this profession is exceptional game knowledge and charisma to help build a good reputation and entertain audiences. Building a loyal audience on relevant social platforms would also be beneficial.

To find out more you can catch South Africa’s first free-to-air gaming show, VS Gaming Weekly, every Wednesday at 17:30 on TelkomONE and SABC 3 and catch up with your favourite gamers and developments in the world of esports and gaming.