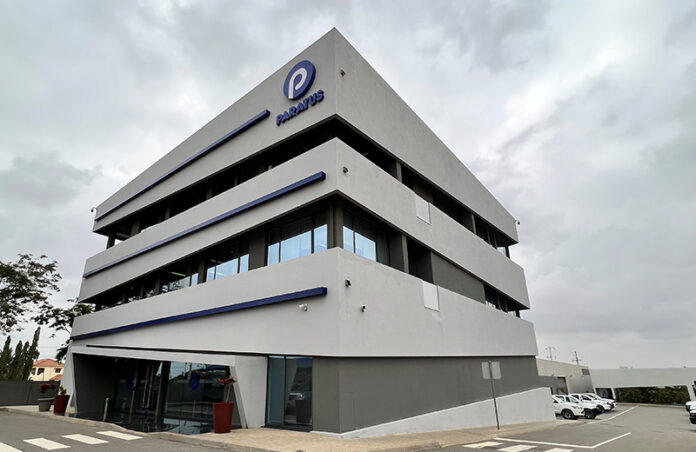 ITA will, with immediate effect, operate under the name ‘Paratus Angola’. This identity establishes the company within the group’s broader network and pays homage to its Angolan roots from which a 19-year heritage was born.

According to the announcement of the company’s rebranding, synergy of ITA’s brand identity with that of the wider Paratus Group is of strategic importance to the company’s overall vision to deliver efficient, affordable network solutions with the end goal of transforming the continent’s digital landscape.

For its clients, the brand repositioning harnesses the potential for access to additional resources and seamless integration across the transcontinental network Paratus operates in Africa.

For Paratus, which connects more than 35 African countries through its network, the shift in brand identity marks the next step in expanding the company’s footprint on the continent by ensuring it builds and delivers a quality network that keeps its clients connected.

“The reimagining of ITA’s identity is a major step forward in mobilising a united brand approach towards our overarching vision as Paratus to transform Africa through exceptional digital infrastructure and customer service. Paratus Angola will therefore remain focused on delivering on the same virtues while maintaining the efficiency, affordability, and reliability we are renowned for,” said Paratus Group CEO and Executive Chairman-designate Barney Harmse.

Angola will remain a central point in Paratus Group’s development agenda as a company born and bred in Africa, Paratus says.

The company is on the brink of establishing a highly sophisticated network hub in the country – a concept brought to bear by years of infrastructural investments, including the recent establishment of fibre connections to the Democratic Republic of the Congo (DRC); the inauguration of a new data centre in Namibia; the inclusion of new submarine cables such as the ‘Google Equiano Cable’ (for which Paratus was the landing partner when the cable landed in Namibia on the 1st of July); and the expansion of fibre and microwave coverage now connecting all 18 Angolan provinces.

While the intention to rename ITA has been announced, the official brand launch for Paratus Angola was held on Friday, July 8th, at the company’s Angolan headquarters in Luanda.

Speaking at the event, alongside Harmse, was Director-General for Paratus Angola, Francisco Pinto Leite.

“Digital transformation is essential for the Southern African region and the continent at large. By continually expanding our networks, we hope to positively impact the lives of millions of our people through the potential that increased connectivity brings with it, especially in health, education, and job creation,” Leite said.

“ITA started with a vision to connect Angola with the intention to build a top-quality network in Southern Africa. Almost two decades later, we have achieved connectivity across all 18 Angolan provinces. As part of the Paratus Group, we effectively serve customers in over 35 African countries, and have access to skilled teams across the 7 countries where we have operational presence. As we forge ahead, Paratus Angola seeks to connect the entire region through its quality network, and soon enough, the entire continent,” said Paratus Group CTO and ITA co-founder Rolf Mendelsohn.