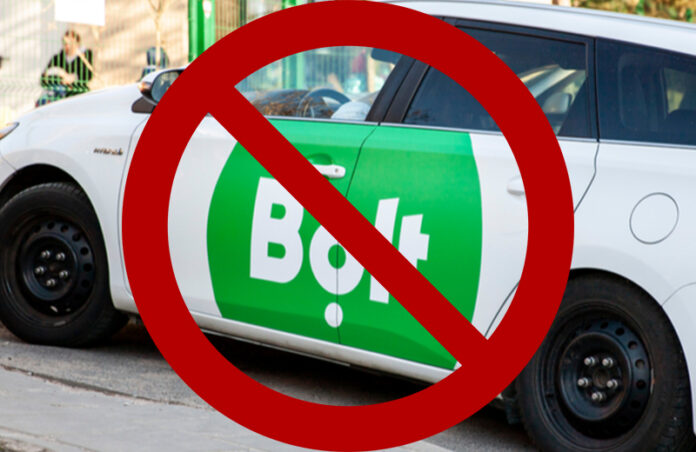 A new Change.org petition has been launched in South Africa against popular Estonian ride-hailing app and service Bolt. The petition alleges that “Many South African women have been sexually assaulted by Bolt South Africa drivers.”

The petition is calling for Bolt South Africa to “verify and vet their drivers more efficiently so that accountability and transparency is encouraged.” Started only four days ago, the petition has amassed considerable support and 106,856 people have signed it as of the time of writing.

Social media is abuzz with anecdotal evidence of alleged sexual assaults and harassment experienced by South African customers under the flag of #PetitionAgainstBoltSA and other hashtags.

One particular incident was picked up by Media24, who reported that the accused driver in question had been suspended by the ride-hailing service as of 1 March 2022. A Twitter thread created by a friend of the victim details the alleged assault.

A Bolt driver raped my friend last night, he strangled her half to death and took her virginity. Bolt doesn’t care about our safety, their instagram page is filled with people complaining about assault and they have done nothing about it. #moshe #casspernyovest #Russia pic.twitter.com/wYGGYxrjUB

“Bolt is aware of the incident in which a young woman suffered a terribly traumatic experience in Cosmo City. We have engaged with her several times, and we are fully cooperating with the Honeydew police station in their investigation into the incident, as this is where she has opened a case,” Bolt’s regional manager for SADC, Gareth Taylor, said in a statement on Tuesday, seen by Media24.

Accusations of assault, harassment and even theft against Bolt drivers are plentiful across South African social media:

The Change.org petition itself is rife with comments from individuals making allegations against Bolt and its drivers. “I also was the victim of a traumatic experience,” reads one.

“One driver appears on the app and someone else shows up for the pick up. Not safe at all,” says another.

Other users are claiming that Bolt doesn’t care about the safety of its customers, and one commenter says they are afraid to use Bolt because they are female. “We’re at a higher risk of getting [assaulted] as women,” another read.

“Bolt condemns any form of sexual harassment or violence of any kind directed towards e-hailing passengers because it believes that every South African has the right to move around without risk of harm, intimidation or coercion, or fear of harassment, injury, or death” Taylor added.

A History of Violence

Last year, IT News Africa covered a similar situation that had been boiling over in Kenya. Bolt Kenya, after many years of allegations, launched a slightly more-expensive “Women drivers only” option for female e-hailing passengers who were afraid of being targetted by male drivers.

The option was launched only a few days after a Kenyan woman went to social media to report that a Bolt driver had allegedly harmed her physically. Bolt Kenya responded to the allegations, instead claiming that it was the driver that was attacked by the woman and her friends.

Many Kenyan users at the time reacted negatively to the announcement.

I know i say this every year but: ladies delete that BOLT app today. Delete it now. Your safety will ALWAYS be compromised when you involve yourself with them.

In 2020, a Kenyan woman was allegedly nearly kidnapped and threatened with sexual violence by a Bolt driver. Tech Cabal also reported in 2020 that Bolt Nigeria had been seeing an increase in harassment claims by customers against drivers.

Bolt continues to face a negative reputation for being unsafe, even more so than its contemporaries, such as Uber and new arrival DiDi. Bolt states that it will keep looking for ways to make e-hailing safer for everybody, in consultation with its stakeholders.