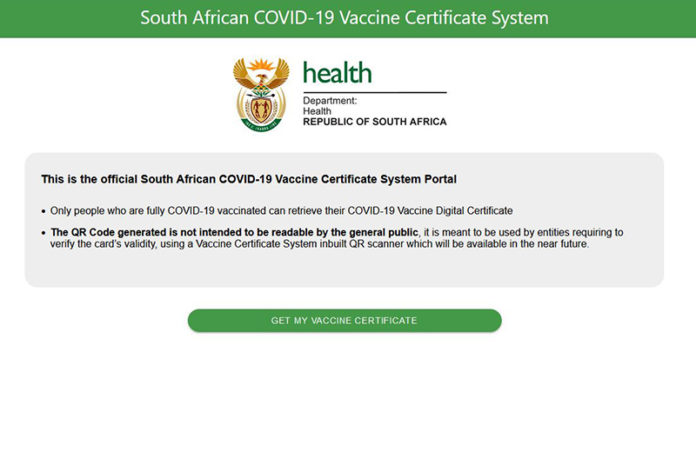 A few days after South African President Cyril Ramaphosa announced that the Department of Health would begin rolling out digital vaccination certificates and a few weeks after Health Minister Joe Phaahla claimed that the vaccine passes would be made available “soon” the South African government has launched a website where vaccinated individuals can receive their digital vaccine certificates.

“This will also go a long way towards getting a number of international travel restrictions [lifted] both from and into our country,” Ramaphosa continued.

The portal lists that the only requirement for getting a digital vaccine certificate is to be fully vaccinated against COVID-19.

To this end, the portal will require users to input a vaccination code (one which they received via SMS after a vaccination), their RSA ID number, passport number and first name and surname. 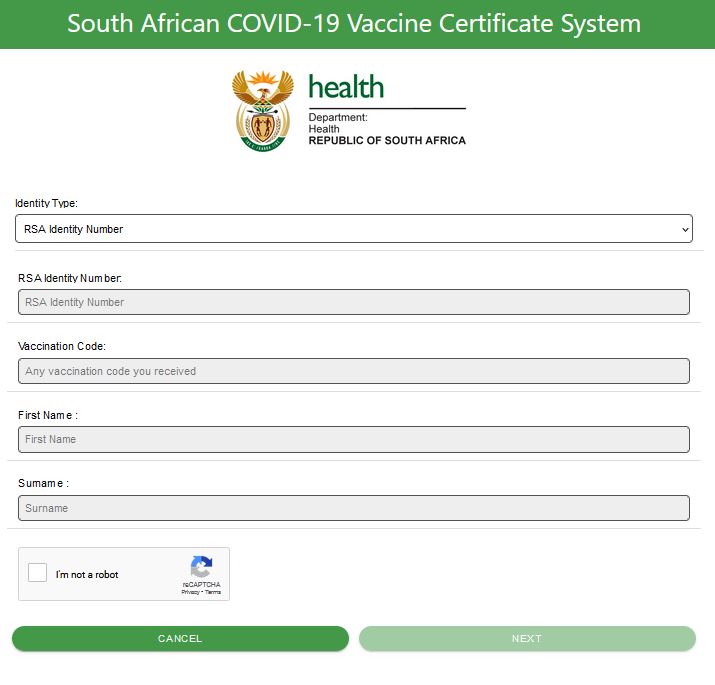 After a CAPTCHA check, users will have to input their cell number to receive an OTP.

Once the OTP is received, users will be redirected to their digital certificate complete with a QR code that the website says: “[The QR code] is not intended to be readable by the general public, it is meant to be used by entities requiring to verify the card’s validity, using a Vaccine Certificate System inbuilt QR scanner which will be available in the near future.”

The South African government has launched a website were vaccinated individuals can receive their digital vaccine certificates.

Currently, the website may be experiencing network issues due to increased server load as I was only able to access my certificate after several attempts. Users who experience issues should continue to make attempts as the website does indeed work as intended.

Any information users are required to input should correlate with the EVDS SMSs they have received, including how your name is spelt as well as your Vaccination Code. People who received two doses (Pfizer) should input the second code, but the site says that any vaccination code received can be used.