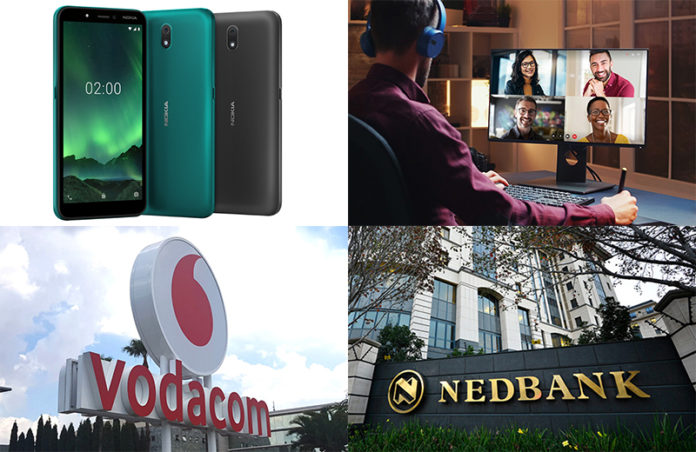 Tech often reflects the world around us as viewers gravitated towards stories involving services that offer aid and information on how to navigate life as it is today.

From Vodacom’s new chatbot protecting its customers to Nedbank’s free online education courses. The launch of Nokia’s C2 smartphone in South Africa, to the best apps to use instead of Zoom, and the 5 worst video-calling apps to use if you value your privacy.

5. Vodacom’s Chatbot Answers up to 20 000 Customer Queries per day

Vodacom has put in place numerous features to aid and protect customers and employees during the worldwide pandemic – enter TOBi, an AI chatbot created by the telecom to resolve issues as quickly and efficiently as possible online.

According to the network provider, TOBi now solves between 10 000 to 20 000 customer queries a day via SMS, WhatsApp, the My Vodacom App and on the Vodacom website.

4. Nedbank to Offer Free Online Education and Skills Based Courses

Nedbank is partnering with global education institute Shaw Academy in an effort to spread free online interactive courses to its customers during the coronavirus pandemic.

With 1 million job losses predicted as a result of the current economic crisis, Nedbank hopes this move will see hundreds of customers given access to a range of subjects focused on developing practical skills including those in finance and technology.

The non-profit security researcher Mozilla has evaluated 15 of the most popular apps for video-calling now that remote work has become the new normal of the world’s workforce. It has noted that 5 particular apps have stood out from the rest in terms of security, privacy and user safety.

The security flaws in these apps could expose your personal data or private conversations to eavesdroppers and trolls.

The Nokia C2 has officially launched in South Africa.

The device comes with a large 5.7” HD+ screen, a front-facing camera with flash and HDR photography and enough battery life to last from sunrise to sunset.

According to HMD Global, the home of Nokia phones, the device will let users store up to 3000 songs, or 13 hours of HD video thanks to lighter apps on Android (Go edition).

While Zoom has emerged as one of the most popular, and most talked-about video-conferencing apps after the worldwide lockdown it quickly began experiencing a large number of legal issues with its privacy policies as well as its security.

This left many users looking for alternatives. This list describes 7 alternatives to video conferencing for users that want to shy away from the issues plaguing the Zoom platform.