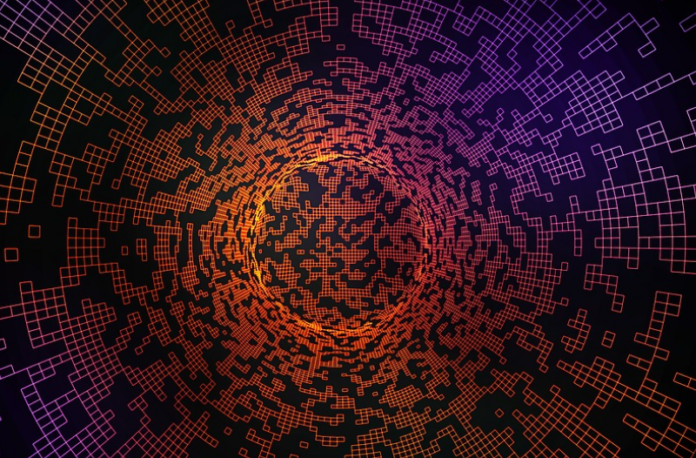 Blockchain technology is one of the most notable developments of our age. So it’s no surprise that Women across Africa are actively making a difference and carving the pathway for other females.

Here’s a look at 10 African Women to watch in Blockchain and Bitcoin:

As a professional accountant, Ojuedeire Doris is a true blockchain evangelist. She is the founder of Blockchain Ladies Africa (BAL), a 3 000-member all-female group that focuses on uniting African women and leading blockchain education.

She is a serial entrepreneur and business advisor with a unique combination of experiences in entrepreneurship, business development, and strategic marketing. Doris is passionate about women in Africa and believes blockchain represents freedom for African women.

Known as “The Bitcoin Lady”, Alakanani Itireleng is one of the leading blockchain influencers on the African continent. Her story is one of remarkable hope as she tragically lost her son to illness in the late 2010s, but in her battle to fund her son’s treatment, she heard about bitcoin as a way to accept international donations.

This led to the start of Itireleng’s journey, which has seen her become one of the first proponents of bitcoin in her country. As a trained teacher, she has transferred her teaching ability from traditional subjects to teaching blockchain technology.

She established the Satoshicentre, a blockchain hub in Gaborone where she works with developers to try to increase the understanding of bitcoin and how to utilise blockchain technology in developing solutions to everyday-life problems faced by Africans.

As a blockchain and crypto early adopter, Yaliwe Soko has established her presence in the sector by becoming the Chairwoman of the United Africa Blockchain Association (UABA) and is the founder of both Essence Crypto Consultants and United Africa Women in Blockchain.

Passionate about education, technology, and financial inclusion, she ventured into cryptocurrency and blockchain technology in 2016 upon discovering the difference it can bring to the world, and especially how it can help improve inefficiencies in Africa.

As a qualified training facilitator and assessor, she has developed a learner guide for beginners and numerous YouTube tutorials on blockchain technology and cryptocurrency and how to explore opportunities.

As a seasoned executive, Monica Singer has not been afraid of ushering in a change in the financial sector space. In 2017, she was appointed as South Africa Lead for Consensys, an international venture production studio using blockchain technology to build distributed applications on the Ethereum world computer.

Singer has held numerous board and advisory positions including board member of the South African Institute of Chartered Accountants and the Accounting Blockchain Coalition which sets the audit accounting and tax guidelines for crypto assets based.

Sonya Kuhnel was one of the first women involved in the industry in South Africa. In 2013, she started a bitcoin payment company called Bitcoin Payments, a BitPay Affiliate partner, which allowed online merchants in South Africa to accept bitcoin as a payment method for goods and services.

She went on to co-found Bitcoin Events in 2014, a company that hosts South Africa’s leading cryptocurrency and blockchain events, namely the Blockchain Africa Conferences as well as the Crypto Fest.

Realising the need for education around blockchain and cryptocurrencies, Kuhnel established the Bitcoin Academy in 2015 which was later renamed to the Blockchain Academy.

Kuhnel is also the co-founder and COO of Xago, a Cape Town-based company offering an XRP cryptocurrency exchange, gateway and payment platform for retailers enabling fast and cost-effective payments using the Ripple blockchain.

Imen Ayari is a Mechanical engineer from Tunisia and executive MBA graduate from the Mediterranean School of Business with many years of experience working in finance and technology for multinational firms such as Ubitrade and Sungard where she founded the Sungard Byrsa Lab.

She has been the Chief Blockchain Officer and Head of Innovation Factory at Talan since 2017.

As a leading blockchain and cryptocurrency expert, Ayari has established and managed a number of tech organisations aimed at disseminating consistent innovations in Africa. She enjoys training individuals and businesses on how they can implement the new technology in their operations and make it work for them.

She also organises hackathons and events related to solving problems with tech.

Roselyn Gicira Mwangi is the Chairperson of the Blockchain Association of Kenya and also heads the Kenyan Women in Blockchain Chapter. She is very interested in the innovation coming from disruptive technologies like blockchain start-ups and has worked to empower innovative tech start-ups in East Africa.

She previously worked for eight years as a UN Women programme officer. Thereafter she went into business for 10 years as a Safaricom business dealer where she opened and operated several Safaricom retail and money transfer outlets.

A seasoned corporate executive, Naomi Snyman is the Blockchain Lead for the Standard Bank Group, a role that stretches across 16 African countries for both Commercial and Retail Banking. She is also Chair of the South African Financial Blockchain Consortium.

She sees the main potential of Blockchain on the African continent to drive economic freedom in the eco-systems that we live and work in, through the distribution of trust and central power.

Michelle Chivunga Nsunsumuco owns her own digital and investment business exploring emerging technologies such as blockchain technology in the context of emerging markets, trade, enterprise and sustainable development.

Referred to as a young thought leader in the blockchain space, Nsunsumuco is working across borders to evaluate the impact of emerging technology for different segments of society including women, business, governments and others; as well as drive education on how to leverage digital tools to drive forward social and economic development.

Nsunsumuco’s first engagement relating to blockchain was in 2009, which lead to the start of her journey to evaluate the growth of the digital economy and potential of emerging technologies such as blockchain, quantum computing, Big Data and others.

She has also been undertaking research and education on these technologies with university partners and global institutions such as WTO, UN, World Bank, African Union and many others.

She has over 15 years of experience in compliance and helping financial firms navigate through international regulations.

In her spare time and as the co-founder of the Black Women Blockchain Council (BWBC), Odeniran strives to increase the number of young girls and black women in blockchain, fintech and other emerging technologies.

She is also a digital content writer and has produced several informative and engaging articles for major online global magazines. In addition, as a renowned speaker, Odeniran has presented at several blockchain conferences.