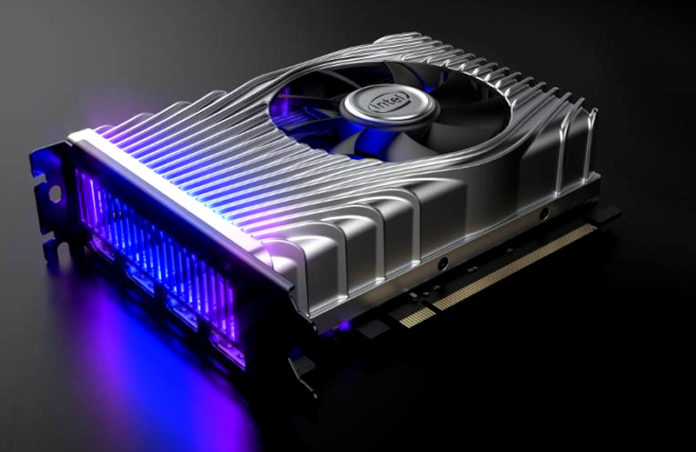 Intel could be preparing to release a monster card that would dwarf the output of Nvidia’s top of the range options, cards like Nvidia’s GeForce RTX 2080 Ti, reports Digital Trends.

Documents from an internal presentation show details of Intel’s plans, their Xe graphics architecture, for their new monster. The cards supposedly run on a GPU with a thermal design power (TDP) of 500W, more than any other current retail graphics card.

The next best thing is the RTX 2080 Ti, the best cards on the market currently, which use only 250W. Making Intel’s supposedly new cards twice as powerful, a fathomless thought to be sure.

Intel’s designs specify plans for the architecture setup and power specs of 7 different cards, writes My Broadband. At the very top of these cards is the 500W variant, and following this are cards rated at 300W, 150W and 75W TDPs.

Speculations abound that Intel will use ‘tile’ modules for their new cards, as well as a multi-die system packaged with Foveros 3D stacking. Digital Trends notes that the technique could be similar to ADM’s cards and their Zen processors.

Intel has previously showcased another of their cards that use the same Xe architecture, the DG1 – Discrete Graphics – at CES 2020. Although no information about the cards was given, namely on clock speeds GPU core count, VRAM, or other technical specifications, the cards were shown running Destiny 2 and Warframe in 1080p at 60fps.

What does this mean?

It means that Intel is suspected to release about two cards that would crush their competition as of right now.

The bottom line is that extremely high TDP is a clue into the massive processing power of these cards, and the inclusion of Foveros stacking, a means to provide a much greater ability to mix and match processor components with optimal manufacturing processes allow for higher performance for much lower power outputs. This will make your games run beautiful and fast.