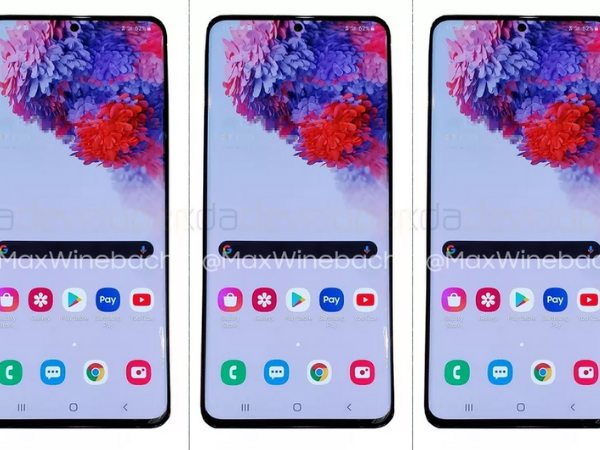 Samsung announced that it plans on introducing new products – including the next generation of Galaxy smartphones – at its Galaxy Unpacked 2020 launch in San Francisco. The event is set to take place on Tuesday, 11 February. Since the communication of the reveal next month, there has been speculation indicating that instead of naming the S11 as expected, Samsung could rather reveal its flagship model – the S20.

Well forget the Samsung Galaxy S11 – a report by XDA Developers has confirmed rumours that the latest devices will instead be called the Galaxy S20 and Galaxy S20 Plus. In a series of leaked photos, the newest Samsung’s startup screen reads “Galaxy S20+ 5G”. The Verge also reports that “the front of the device has a centre hole-punch cutout that’s similar to the selfie shooter from the Galaxy Note 10”.

At first glance, it looks as though the device has a large curve display, however, XDA’s source says that “the S20 Plus feels largely flat in hand”.

A quick look at the back of the S20 reveals a quad-camera setup which is rumoured to sport ultra-wide, telephoto and macro lens functionality.

My BroadBand suggests that “the Galaxy S20+ is set to be the mid-level entry in this year’s lineup, as reports indicate that the standard S20 will now be the entry-level model”.

“Samsung is expected to launch both 4G and 5G versions of Galaxy S20 devices in various markets.”