Apple Inc. has been accused of stealing trade secrets and misusing inventions in its Apple Watch. The allegations come from a Health Tech company, Masimo, that develops and produces ‘signal processing technology for health-care monitors’, according to Bloomberg. 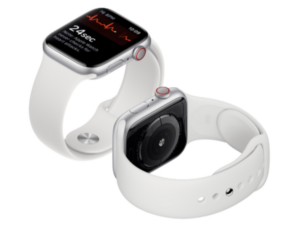 The initial report suggests that Apple ‘got secret information under the guise of a working relationship and then hired away key employees’ – one such employee includes Apple’s VP of health technology efforts, Michael O’Reilly.

Masimo, and it’s spin-off lab, Cercacor were originally contacted by Apple in 2013 – the company said it wanted “to understand more about Masimo’s technology to potentially integrate that technology into Apple’s products”.

Following ‘productive meetings’ with the tech giant, Bloomberg reports that Apple “hired Marcelo Lamego, who was Cercacor’s chief technology officer and a former Masimo scientist. Lamego had “unfettered access” to confidential technical information and, shortly after starting work at Apple, began pursuing patent applications for things that he learnt at the companies.”

Masimo and Cercacor say their innovations regarding “non-invasive monitoring using light was key to Apple overcoming performance issues with its Watch. Among the 10 patents Apple is accused of infringing are ones covering ways to measure oxygen levels in blood, and heart rate using light emitters and detectors”.

“Apple knew it was getting confidential information from the two men.”

According to Bloomberg, “It’s not the first time that Apple’s faced allegations of strong-arming information from companies that thought they were working with the tech giant. In October, it was accused of stealing patented technology from an e-mail developer and then removing the man’s messaging service from its App Store so it wouldn’t be a competitor.”