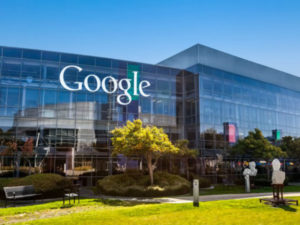 According to reports by 9to5Google, a new day of Google Lens dawned on Tuesday for some users, with the application supporting an expanded capability of image analysis.

In June of 2018, Google released its most advanced image recognition app to date in a standalone version available on Google Play. Now, a year after the initial rollout on the Pixel 2 in October 17, anyone can download the app, and the latest beta version is increasing its functionalities.

To summarize, Google Lens is an application that, previously, could only tell you about anything in your viewfinder. If you point your camera at a cat, the app will tell you it’s a cat; if you are directing it at a bush of flowers, Lens could tell you that you’re looking at hydrangea paniculata; basically, if you’re looking at it and can take a picture of it, Google can help you figure out what exactly it is.

For those individuals who were upgraded to either the 8.24 or 8.28 beta versions of the application, a new icon appears in the top left corner (right if you got the latter beta version) when the Lens is open. Tapping this will open the Downloads app of your respective device and allow you to import any image into the application for Google to analyze.

Yes, for some smartphone users this feature was already available thanks to the integration of Google Lens in Google Photo, but this method is far more convenient and should function for everyone. Though we don’t know yet the official release date of the full and final version of the update, it certainly seems to be around the corner.

« You can now open an ABSA account via the app MTN, Vodafone and AirtelTigo announce tariffs hike from November 1 »