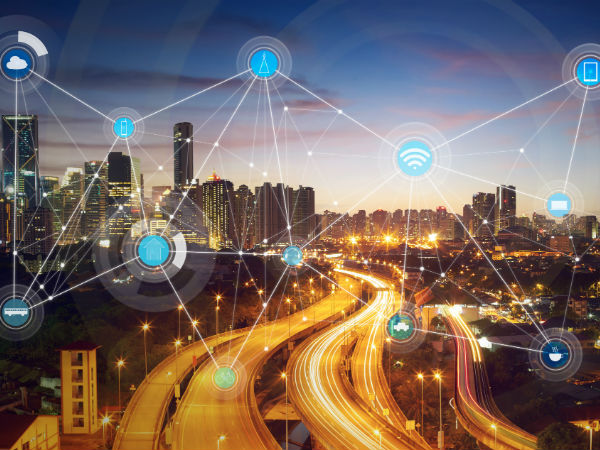 Cities are getting more crowded. Already, more than half the world’s population lives in urban areas and this number is expected to increase to two thirds by 2050. With pressure increasing on public services and infrastructure, cities have been looking for innovative, future-proofing solutions.

“Over centuries, cities evolve systems to support their population, which eventually merge into an interdependent ecosystem. But with so many processes reliant on one another, all it can take is one logistics issue to bring a crowded city to a standstill,” says Michelle Janse van Vuuren, Marketing Director Canon South Africa.

Citing McKinsey, Janse van Vuuren says the average citizen in Paris spends four years of their life trying to find a parking space. In cities like Geneva, smart parking solutions use IoT to alert drivers of free spaces. Chicago is one of many cities replacing its street lights with intelligent controls which respond to the amount of people on the street, allowing governing bodies to save money on lighting empty streets. Meanwhile, smart waste management in the likes of Denmark and Sharjah is harnessing solar power and sensors to enable public bins to send alerts when they are full, and to reduce garbage trucks on the street.

“As we look at future development however, it’s clear there are a number of challenges. Aside from the internal politics and bureaucracy involved in such wide scale collaboration, security remains a major concern. The only way to realise the potential of smart cities is to have a robust system for data sharing between government, city planners, businesses providing solutions and developers. However, pooling of data from many sources makes it more difficult to ensure water-tight security. In addition, when breaches occur, cyber criminals have access to more sources of data through the interdependent network. One weak link in the security might open backdoor access to vital systems,” says Janse van Vuuren.

She believes that, apart from hardwiring security into the design, the most promising solutions on the horizon are AI-based.

“These act like a digital immune system for the smart city organism. A digital immune system was traditionally a network service that analysed viruses, replicated them to characterise their behaviour and generated a cure automatically. Today’s digital immune system is based on Articifial Intelligence and is not only more sophisticated, but also more preventative by design. Rather than waiting for a virus or an attack to happen, it learns what’s ‘normal’ for the system, in order to detect and fight back against any ‘abnormal’ detections in real time. Anything from an anomalous device, to uncharacteristically large file transfers can issue security warnings and enable attacks to be shut down as, or before, they happen. This offers huge potential in a cyber security landscape where threats are evolving so rapidly.”

One of the perceived hurdles to smart city development can be complexity. Historic cities are built upon centuries of legacy infrastructure, but whilst this poses a challenge to smart platforms, it’s still possible to overcome with government backing and legislation. Transport for London (TFL) in the UK, once a crumbling, Victorian-age transport system is now one of the most successful open data organisations in the world. The Traffic Management Act of 2004 was instrumental in this, requiring municipalities to work together and share data on traffic flows, planned road works and bus timetables. By pooling this information and making it public, developers were able to create smart tools such as CityMapper, which provides citizens with real-time data on urban transport including live bus and train timetables and traffic information. The app now exists across dozens of major cities from Brussels to Lisbon as more cities begin to publicly share data.

TFL is an example of how governmental action can drive forward smart city initiatives, but to date there hasn’t been impetus which has made smart cities a global priority. Whilst there are governing bodies whose responsibility is to drive the cause of smart cities, they don’t have significant power. In the face of many conflicting priorities there needs to be a strong enough drive, and demonstrable value for governments to invest money into the smart city cause. Whilst one of those drivers we are seeing today is improved traffic management, it’s looking increasingly likely that the cause which will really drive smart city innovation will be air quality.

As city populations become increasingly concerned about the side effects of pollution, air quality has become a political issue on the centre stage; governments are under intense pressure to legislate on air quality, making regions legally responsible for air quality. Smart cities offer an infrastructure which supports goals to reduce air pollution in numerous ways: from introducing buildings with smarter environmental managements, to enabling drone deliveries which take cars and motorbikes off the road. It’s likely that as governments work to meet societal expectations for cleaner air, that they will begin to drive smart city evolution to facilitate it.

Janse van Vuuren hopes that this impetus will finally push smart cities into the global spotlight, providing the structure to let it thrive, including responsibility, accountability and budget.

So what does the next generation of smart city innovations look like? Autonomous cars are a vital part of visions for the future. The EU commission has announced that a major part of their 2020-2030 strategy is “the safe transition to cooperative, connected and autonomous mobility.” In 2017, a total of 25,300 people died in road traffic accidents across Europe. Whilst there are still issues to resolve with autonomous car software produced today, once perfected they promise to be much safer than cars still liable to human error.

Drones will also play an important role in the future of the smart city: developers are mimicking the behaviour of insects to develop sophisticated drones which can complete dangerous maintenance work, or act as an autonomic extension of human workers. In addition, drones will increasingly be seen on the consumer market and by 2050 will take over home delivery. These swarms of drones will be creating data that must be managed. In the next couple of years, we’ll see IoT ecosystems developed which are designed to manage them.

Meanwhile, human movement will be used to improve public transport. Using sensors throughout the city, data will be collected about the flow of human traffic moving towards the tubes or trains and request more services to manage it. This will allow cities to react more dynamically to crowding and also save money on dispatching services where there’s no demand.

But to achieve these visions for the future, a leap is needed.

“The sheer volume of connected devices needed to create future smart cities would put unsurmountable pressure on networks available today. The only way to support the vision is to provide more bandwidth, faster speed and lower latency through 5G. Internationally, telecom companies are racing to make 5G a reality, with most major operators planning to deploy 5G in test cities this year. In fact, with Deutsche Telekom switching on the first 5G antennas in Europe, in Berlin at the start of May, the future looks bright,” comments Janse van Vuuren.

She concludes saying that the evolution of a city is an unstoppable journey, “Faced with the stark reality of urbanisation, the next chapter is to harness technology to make cities smarter. Whilst today there are many individual examples of smart initiative success, what is needed is a cause which motivates governments to join the drive for progress. Looking to the near future, it’s likely that citizens, lobbying for cleaner air in increasingly crowded cities, will play a crucial role in driving that change. Whilst the road remains challenging, with a motivated governing body, true collaboration and the rollout of 5G, the door is open to the future of the smart city.”