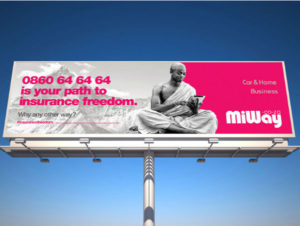 An investigation has revealed the email as a fake.

An investigation commissioned by Miway into a racist email conversation between the insurance company’s employees has found that the email was “a fabrication”. The email, which surfaced last week, was quickly circulated on social media and drew scathing reactions from the public.

The investigation was conducted by digital forensic lab Cyanre and their MD Danny Myburgh said “We can confirm, after a detailed investigation, that an e-mail sent from a MiWay employee was manipulated by an external source. The image circulating on social media is a fabrication.”

The email was reportedly fabricated by a disgruntled customer, who used his email correspondence with the insurance company to falsify the email.

MiWay CEO Rene Otto in a tweet on Wednesday said that the company welcomed further scrutiny of its report. “We welcome other forensic experts to come and verify our report after we’ve made contact with the originator of the fake email,” Otto said.

On releasing the forensic report, the CEO said, “To be fair, we have decided not to publish the report as yet. We want to provide the client with the opportunity to respond first,” he said. “Once we have received feedback, we will be in a position to elaborate on the way forward.”