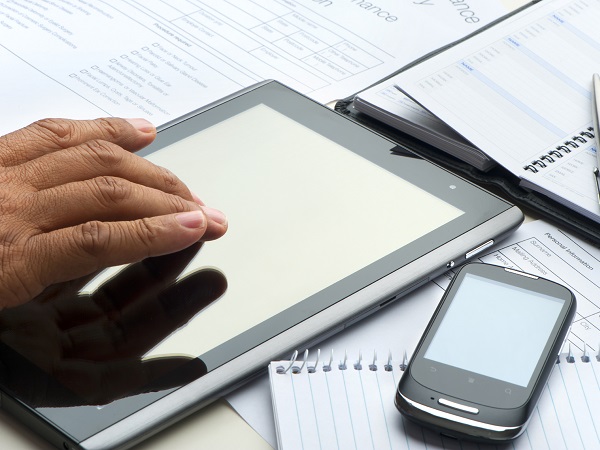 There is a school of thought that the smartphone will be the single device of the future, at the expense of the PC. The idea is that instead of carrying multiple devices that must be independently managed, you would simply carry a smartphone that can plug into a tablet, high definition display or detachable keyboard.

Simultaneously, recent data from the IDC and Gartner show a downturn in PC shipments during the third quarter of 2016. Gartner blames this largely on consumers, for whom buying replacement PCs is no longer as high a priority as upgrading their smartphones.

This seems to spell the imminent death of the PC. But before getting too carried away with that notion, let’s take a deeper look at why the PC isn’t dead.

One size doesn’t fit all

When hearing the term PC, many people still think of the old clunky desktops that took up space and certainly weren’t mobile. In our mobile world, it’s no wonder the average person would consider the PC as dead. But PCs have evolved into sleek and sexy laptops and notebooks that can easily fit into a pouch and can be taken just about anywhere.

Additionally, the emergence of cloud computing has made us less dependent on local storage and has made our information available to us wherever we are, even when using mobile devices like smartphones and tablets. This negates the need to independently manage each device and goes against the idea of moving to one universal device like a smartphone – because one size doesn’t necessarily fit all.

In fact, a 2014 study found that people feel a different connection to each of their devices and each plays a distinct role. The smartphone is most commonly used for communication and social activity; the tablet is viewed as the entertainment hub; and the PC is considered the workhorse.

With that in mind, while it may be true that consumers are doing less with their PCs, the PC still has a firm position in the enterprise space and is an essential part of the digitally transforming modern work space.

Most often when it comes to performance, in the form of processing power, RAM and graphics capability, the PC comes out tops. In the modern workplace, it’s no longer just engineers or graphic designers who need this performance – all employees and entrepreneurs need the ability to multitask and be productive. This requires quick, real-time access to several applications, from spreadsheets and databases to videoconferencing, which only a powerful PC can truly deliver. The PC platform can also be used to virtualise other systems and even entire networks, on a single machine.

While this functionality means that a high-end PC can still come at a high price, its overall value, functionality and processing power compared to a tablet or smartphone must be considered. A PC equipped with the right tools for the required job can last for a good four years, compared to a mobile device that will most likely become obsolete within two years. And this is even more relevant now that PC manufacturers are including hardware like solid-state drives, as well as upping their game to catch up to tablets in terms of form factor and touch interface capability.

However, with the superior performance and form factor of today’s PCs comes the reality that it’s becoming less of a necessity to upgrade as often as before. In addition, there is the ability to customise and upgrade a PC when needed, in order for it to take on new tasks or adopt the latest technology or operating systems. This is certainly a reason for the slump in the PC market.

With that said, industry analysts believe that businesses will still eventually replace their existing PCs with newer models. To ensure that consumers follow suit, and indeed that businesses don’t start considering other devices for the workplace, the PC industry needs to continue innovating.

Fortunately, this innovation is already in the pipeline thanks to virtual reality, augmented reality and features we are already seeing – like cloud and touch-screen technology and adaptable PC devices. These features marry consumers’ mobile device habits with the added functionality of a PC, to give them a superior experience whether in a personal or business context.

The end is not in sight

Considering the way in which the PC has evolved over the years to become a powerful, adaptive device, the death of the PC is certainly not predicted in the near future. Rather, it requires OEMs to create, market and sell even more reliable, higher-end PCs. While digital device choices will always depend on the user’s requirements, the PC still occupies an important space – certainly in the enterprise and, with a bit of forward thinking, for consumers too.

In our mobile world, it is unlikely that the PC will become the single device of the future. However, it has the potential to work alongside our mobile devices thanks to cloud technology, to give us a fuller digital experience, encompassing our professional, communication and entertainment needs.

The future does not spell the death of the PC or the use of one single device, but rather constant innovation to evolve our technological experience.

Bring Your Own License now supported with Nutanix on OVHcloud

Channel has a key role in delivering cloud services, but data remains critical