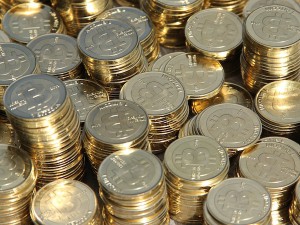 The Bitcoin Foundation has revealed the appointment of Llew Claasen as Executive Director, effective July 1 2016.

Llew brings many years of international tech experience and project management skills. He was elected by a board of directors vote on June 14 2016.

Claasen said, “I’m looking forward to leading the Bitcoin Foundation going forward.  There is an amazing opportunity for the organization to help the Bitcoin ecosystem. In the coming weeks I’ll be working closely with the board, membership, transition team and various stakeholders to create the best plan for success possible.”

Llew Claasen is a venture capitalist based in Cape Town, South Africa and Managing Partner of Newtown Partners. He is a technology startup go-to-market strategist with deep expertise in designing, building, merchandising and marketing Online & Mobile software products and services (B2B, B2C, B2B2C).

Outgoing Executive Director Bruce Fenton stated, “I’m thrilled that Llew was appointed to this role, we think his skill set is exactly what is needed now.” Last month Fenton had informed the board of a desire to close out his term, he will remain as a board member. “The foundation is in a great position and in great hands. I look forward to supporting Llew however I can in this exciting new chapter.”

Board Member Vinny Lingham said “I’ve known Llew for many years and have worked with him in several capacities. I think he will be a perfect fit for the organization as we build on the significant progress we have made.” Due to his long business relationship and friendship with Claasen, Lingham recused himself from the board vote. The remainder of the board was present and voted unanimously to approve his appointment. The board also thanked Fenton for his work in adding transparency, financial controls and initiatives like DevCore.

Board Chair Brock Pierce echoed Lingham’s statements and said “Llew’s project management skills, geographic location and emerging markets experience are all huge advantages and we are all very happy that he has accepted this position. The Bitcoin Foundation is in the best position it has been since I joined and we are just getting started.”

Claasen will begin his work on the transition immediately with an official term start date of July 1. He has said that he looks forward to speaking with individual members, corporations, developers and the community as he begins the role.

The Bitcoin Foundation is a 501c6 organization and the oldest and largest industry group focused on Bitcoin and has a variety of corporate members, individuals and international chapters. The primary focus areas of the Bitcoin Foundation are on increasing adoption, fostering more Bitcoin development such as through the DevCore event series and encouraging global decision makers to seek technical over regulatory solutions for Bitcoin related matters. Board members include Brock Pierce, of Blockchain Capital (Board Chair), Bobby Lee, of BTCC (Board Vice Chair), Elizabeth McCauley of Coinsecure, Vinny Lingham of Civic, Michael Perklin of C4 and Francis Pouliot of Satoshi Portal.