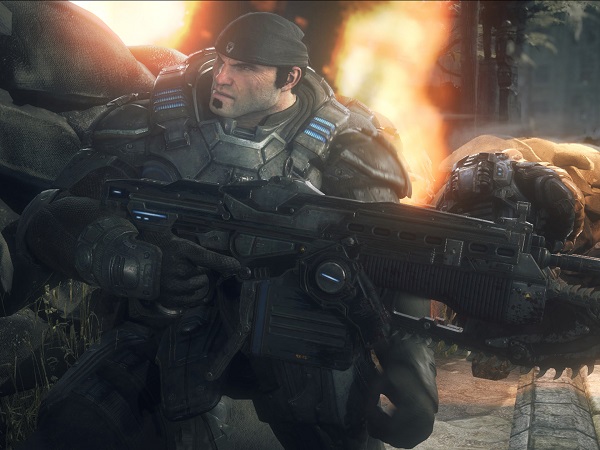 Originally launched in 2006, as an Xbox 360 exclusive, Gears of War took the gaming world by storm. It was by far one of the best looking games at the time, and its gameplay mechanics were absolutely phenomenal. What also made the original Gears of War great was the fact that it had a cover system that actually worked. Apart from the gameplay mechanics, Gears of War also introduced us to a great, although overly muscular, set of characters, who had more heart than any other character featured in a video game to date.

We were introduced to the likes Marcus Fenix, Augustus Cole, Damon Baird, Dominic Santiago, and more. We were also introduced to Mankind’s greatest threat, the Locust Horde. With the game being such a success, it saw the release of quite a few sequals, and even a prequal, which came in the form of Gears of War: Judgment. Fast forward to 2015, and we have now seen the release of the Gears of War: Ultimate Edition, developed by The Coalition and Splash Damage and published by Microsoft Studios, which comes in as an exclusive to the Xbox One console. 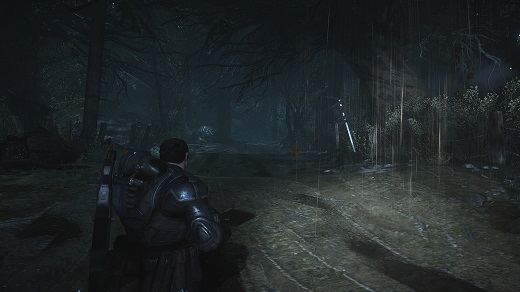 To add to the content, the Ultimate Edition also features newly added multiplayer modes, including Team Death Match, King of the Kill and a special 2v2 mode designed by the “Gears of War” community. Returning modes include Warzone, Assassination, Execution and a personal favourite, Annex. The game also features 17 unlockable “Gears of War 3” characters for its multiplayer counter-part.

Apart from the remastered gameplay and graphics, the Ultimate Edition also offers up some rather great Gears of War fiction, which comes in the form of of five Gears of War comic books. While these are great, you will have to hunt for all the COG tags in the game to unlock each and every page of each and every book. 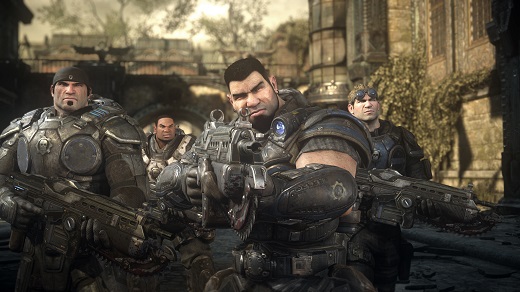 With the DLC out the way, let’s move into how the Ultimate Edition looks and plays. As with most remastered titles, some developers don’t take the new controller into consideration. Thankfully the developers have… this time around. The control structured has literally been modernised for the Xbox One’s controller, which makes Gears of War feel at home on the Xbox One.

To add to this, the developers have also made good use of the haptic feedback feature on the Xbox One controller. During multiplayer matches and single-player gameplay, old Gears of War veterans will notice that active time reloads feel more responsive and characters move more fluently across the battlefield, whereas in the original Gears of War movement felt clunky and haphazard at times. Additionally, players can now revive team mates while in cover, which means that you won’t need to risk being sniped while moving to revive a downed team mate.

All of these improvements make venturing back into the world of Gears of War that much more pleasurable. When it comes to visuals, the developers have mentioned time and time again that the game has been painstakingly designed from the ground up in a resolution of 1080p. While this may be true, some areas of the game do look better than others; however, Gears of War has never looked better… especially for such an aged title. The set-pieces look superb, and it is great to see that Marcus Fenix and the team look more human, instead of just being a set of overly muscular video game characters. 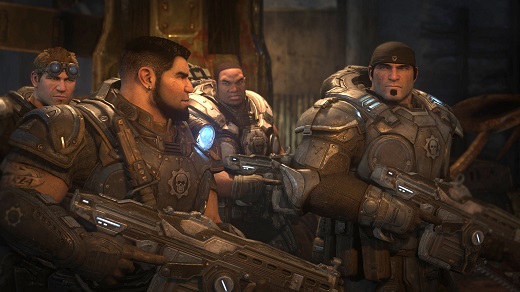 Conclusion:
In conclusion, the Gears of War: Ultimate Edition is a must have for any Gears fan. The remastered version of Gears of War is an absolute breath of fresh air and just what the Xbox One needed. To add to this, it also welcomes newcomers to the series with open arms with the new ‘casual’ difficulty mode.

As always, multiplayer is also a blast to experience, especially with the maps getting a graphic overhaul as well as the gameplay being more smooth and responsive.

The Gears of War: Ultimate Edition was reviewed by Darryl Linington