Sony’s latest device the Xperia Z4 Tablet has been leaked ahead of Mobile World Congress (MWC). According to xperiablog.net, the leak was made via the official Xperia Lounge application; however, it was pulled shortly after the device was revealed.

According to techradar, the text that accompanied the leaked device states that the Xperia Z4 Tablet will have a 2K display; however, no indication was revealed of the size. Additionally, techradar revealed that there was no indication of whether the device will be larger than its predecessor, the Xperia Z3.

Sony also mentions that the Xperia Z4 Tablet will come packed with a ultra fast processor and industry leading battery performance, which could mean it will feature the Snapdragon 810 SoC.

Although Sony removed the information regarding the Z4, all indications reveal that the device will be revealed at MWC on 3 March 2015. According to xperiablog.net, the Xperia Z4 Tablet which will launch with Android Lollipop on software build version 28.0.A.0.XXX.

The leak also revealed an image of the device, which can be found below: 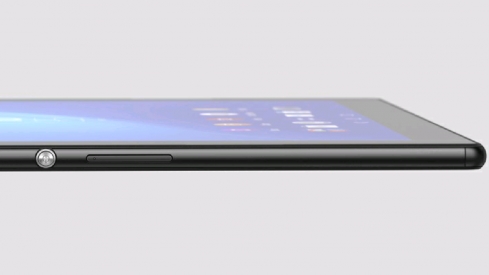