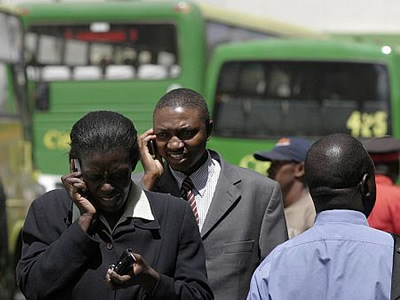 With the high rate of cancer-related deaths in Nigeria, the country’s telecom regulator is joining the fight for cancer prevention. The Nigerian Communications Commission (NCC) announced it is teaming up with the non-governmental organization National Cancer Prevention Program (NCPP) and the Nigerian Guild of Editors (NGE) to raise awareness and fund the fight to reduce cancer-related deaths.

Statistics reveal that around 400,000 Nigerians are diagnosed with cancer every year while more than 100,000 die annually as a result of the disease.

The month-long campaign is therefore aimed at raising funds for the establishment of cancer screening and treatment centers across the country to be managed by NCPP.

As part of this campaign, all media of communications to the Nigerian populace are being solicited to support the campaign which commenced on February 4 2011, which marked World Cancer Day.

The campaign will climax on February 28, 2011, which marks the International Corporate Philanthropy Day (ICPD) when supporting organizations in Nigeria will raise a special flag to signal the “Attack Cancer Today (ACT) initiative.”

A special media advocacy group, Coalition of Journalists against Cancer (CoJaC), was inaugurated at the NTA Network premises in Lagos, to lead the media campaign for the creation of awareness on the prevention and treatment of cancer and related issues.

Executive Vice Chairman of the NCC, Eugene Juwah, said that cancer requires greater awareness in the Nigerian public.  He said that this necessitates the collaboration with the key organizations that are relevant to achieving the objectives of the campaign.