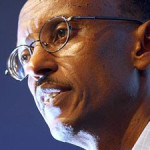 According to Rwanda’s Development Board (RDB), 46 government institutions are already using the connectivity. “This technology will cater for data, voice and video transmission plus other value added services that the market may require,” explained John Gara, CEO of RDB.

The new connections are expected to lead to more access to affordable and reliable networking services, as close to 4 million Rwandans will gain access to high speed Internet in the next couple of years, thanks to Rwf 4,5 billion WiBro project. Similarly, the KMN will facilitate connection for more than 700 institution, schools, healthcare centers and local administrative facilities across Rwanda.

Korean Telecom will be also responsible in a related project that will see the nation’s fiber-optic cable linked to the undersea cable in the next year. The network will connect 36 main points in Rwanda’s 30 districts, with a 2.300-kilometre cable running across the country. Estimated at Rwf 22,7 billion, the project will include training and cable installation to achieve high-speed Internet for Rwanda’s population.