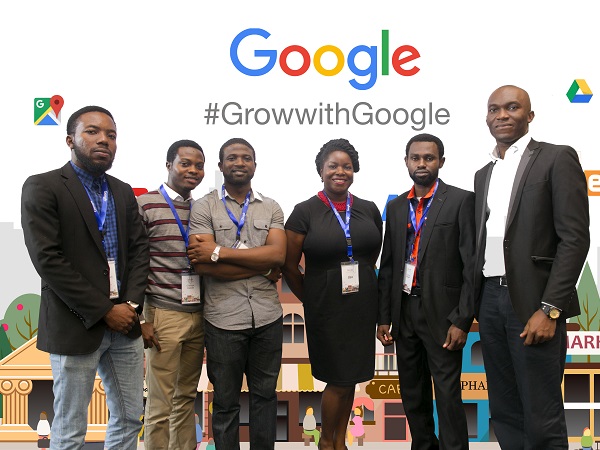 Google Nigeria hosted small and medium business entrepreneurs at an event aimed at demonstrating how the web and its internet-based products are positively impacting local businesses.

The event which held at the VCP hotel in Lagos was tagged #GrowwithGoogle, and featured local start-ups that have been taking advantage of the web to drive their operations and connect with local and global consumers.

According to Google Country Manager Juliet Ehimuan-Chiazor, Small businesses have been key to Google’s success from the beginning, and helping these businesses succeed is key to the company’s future success. “The web has transformed the business landscape across the globe by creating a level field for all types and sizes of businesses. It is even more pertinent in an emerging economy like Nigeria where statistics show that more than 50% of small and medium-sized startups don’t survive beyond 5 years”, she said.

One of the startups featured at the event was Webcoupers, a fast rising Digital Marketing Agency founded by Bode Olatoye and Daniel Olugbomogun while they were students at the University of Ibadan. Speaking at the showcase, the founders said their inspiration to start an online agency was as a result of the increasing need for online marketing professionals. Commenting on how they use web tools, Bode Olatoye said “Using online advertising platforms like Google Adwords made it possible for them to start a business that helps local SMBs create marketing campaigns that have moved the needle positively”.

Also featured at the event was Founder of Cupcake Couture, Uzo Orimalade who also runs a popular blog and food channel on YouTube. Commenting on how the Internet has helped to promote her business, she said the two platforms provided tremendous exposure that has converted to money for her business.”

The #GrowwithGoogle event which is in its first edition was aimed at demonstrating how tools such as Adwords, YouTube, Blogger, Google Drive and Maps are making it possible for SMBs to increase the efficiency of their operations, while also expanding their reach.  Other businesses showcased were online shopping site, Deluxe.com.ng and Bola Frances corporate gift makers.

Remarking on the success stories, Ehimuan-Chiazor said, “it is clearly evident that for an increasing multitude of businesses in Nigeria, Google isn’t just a search engine but also a growth engine that powers their operation, unlocks their creativity and helps an entrepreneur with an idea turn it into a thriving business. It is our hope that stories like this will encourage many others in a country, where almost half of her 170 million people have access to the internet, adopt Google’s tools and technology to make their ideas come to life.”