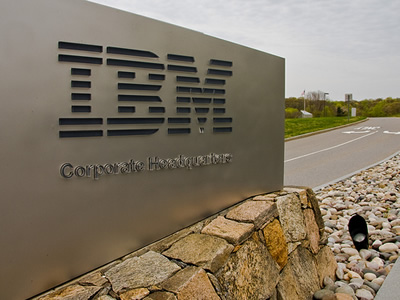 IBM and CFAO Technologies,an IBM Business Partner in West Africa, will help modernize Senegal’s import and export processes by installing two state-of the art servers at the Customs Directorate of Senegal’s Ministry of Finance. The Ministry of Finance has chosen to install the new system, based on two IBM z10 mainframe computers, in order to give customs officers and their partners on-line access to real-time information across all of the country’s 30 border checkpoints.

“Senegal’s import and export business plays a key role in the economy of the country,” said Simon Pierre Thiaw, CIO of the Customs Directorate, Senegal Ministry Finance. “By implementing some of the most advanced and powerful IT systems available, we are able to transform our customs processes and ensure that the work we do is performed as accurately and efficiently as possible. While we considered alternative offerings from other vendors, we were convinced by the price/performance ratio of the IBM system.”

The Senegal Ministry of Finance joins a growing number of organizations and companies in growth markets that are deploying IBM mainframe such as the First National Bank of Namibia, Comepay in Russia, Kazakh Rail, HeiTech Padu in Malaysia, the China Internet Network Information Center, Korea’s BC Card, Korea’s Dongbu Insurance.

The Ministry’s previous IT system was limited to the Port of Dakar and Dakar Airport. With the new system, the Ministry will be able to bring on-line all of its import and export processes from across the country as well as digitize its payroll and HR processes.

The new mainframe solution will enable the Ministry to increase the performance of its systems by 70%, reduce power consumption by 20% and cut operating costs by 30%.  With advanced recovery capabilities, the new system will also help the Ministry to safeguard and recover critical information and reduce possible downtime in the case of a systems failure.

“IBM is committed to working with companies and governments across Africa to transform the way they work and do things smarter,” said Taiwo Otiti, Country General Manager for IBM West Africa. “This agreement with the Senegal Ministry of Finance is a great example of how technology can be applied to modernize government systems and support economic growth.”

“The new system at the Senegal Ministry of Finance is one of the most powerful in the West African region and will provide the Ministry of Finance and its officers with real-time information to support timely and accurate decision making,” said Jean-Noel Le Foll, General Manager of CFAO Technologies in Senegal.

The solution is based on two z10 mainframes running z/OS and linked in a high availability sysplex situated in a data center in Dakar. Software will include IBM WebSphere, DB2, Tivoli System Automation and will also feature IBM DS8000 Storage Servers with permanent replication. The system is expected to be up and running by the end of February.