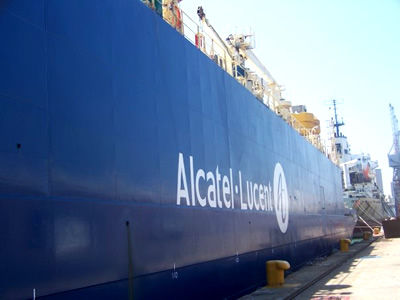 EASSy cable is getting closer to completion after the undersea cable, delivering 1.4 Terabits per second of capacity, landed on 6 April in Tanzania, Msasani Peninsula.

The EASSy cable has landing points in 9 African countries and provides a backhaul system for at least 12 landlocked countries, enabling wide coverage in the East African region.

In Tanzania, Zantel and TTCL have invested in the project, assuming responsibility for selling and distributing capacity to other network operators and internet service providers.

According to Moncef Mettiji, Zantel CTO, the cable is expected to revolutionize Internet technology and provide high speed connectivity in the country.

“EASSy is a critical element in Zantel’s strategy to improve communications and broaden access to information throughout Tanzania and neighbouring countries, thereby enriching lives and supporting business growth”, said Mettiji.