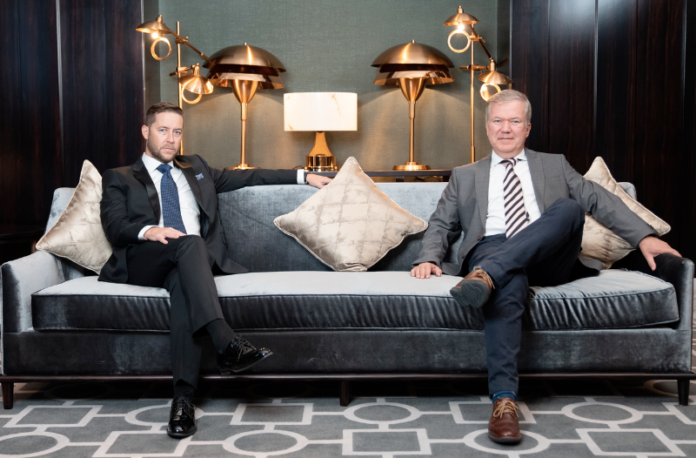 Not all industries are created equal. While some sectors have suffered major setbacks following the pandemic lockdowns, the global streaming video market is expected to top $184 billion by 2027, growing at a rate of more than 20% annually, according to research by Grand View. The global demand for streaming services spiked during the lockdown. In the UK alone, 12 million people joined a service they hadn’t used previously, with three million of them never having subscribed to any on-demand services before.

In short, content producers simply cannot create content for streaming services such as Netflix, Amazon and Disney fast enough for viewers to consume it. A major reason, as it turns out, is a global shortage of soundstages.

What are soundstages? They are the indoor locations that house the live-action film sets and bright mono-colour screens that production studios use to film big-budget movies and TV series. While CGI and visual effects have reduced the need for larger soundstages, the complexity of big-budget productions requires space for multiple sets within a single soundstage.

With demand for soundstages far outstripping supply, soundstages are a hot commodity in the new world of big-budget streaming movie and series productions.

In the UK, soundstages are already booked up years in advance. Pinewood Studios, the biggest film studio in the UK, has been booked almost completely to capacity for the next decade by Disney, while nearby Shepperton Studios has entered into a similar long term deal with Netflix.

As the pandemic took a stronghold in California, forcing the closure of a number of Hollywood locations, studios outside the United States became even more of a hot commodity. To keep up with the demand, Tribro Studios in Ontario, Canada, took the initiative of repurposing their local airport hangars – made redundant during the travel lockdown – into studio spaces. These “airport soundstages” provide much-needed space for leading streaming services and production houses, but they have a few drawbacks, including not always being soundproof, building maintenance and environmental issues, and lack of support services and amenities of a studio setting.

A more interesting solution to emerge from this shortage comes from Serious Stages, a leading supplier for over 30 years of music festival and concert stages, including Glastonbury Festival’s iconic Pyramid Stage.  Serious Stages has built stages across Europe, Middle East and for the global tours of many of the biggest names in music. From their busiest ever festival season in 2019, the company needed to face the harsh reality of a pandemic lockdown: zero festivals and zero business in 2020. A few years earlier, the team at Serious had started to experiment with building demountable soundstages, applying their technology, expertise and experience in an adjacent industry.

“We saw film and television as an opportunity to expand our core engineering and rapid assembly capabilities, as well as bring new structures and other innovation to  a similar industry.” – Steven Corfield, founder and managing director, Serious Stages.

Serious’ first range of soundstages, dubbed Space and Supernova, were built within a matter of months and have been used for a number of major productions, including Warner Bros.’ Wonder Woman 1984, Sir Kenneth Branagh’s Death On The Nile and Marvel’s Doctor Strange 2. The remarkable build speeds were accomplished by using soft-skinned walls and limited sound attenuation, while their extremely robust steel trusses and load-bearing gantries were more than sufficient for the demands of these blockbuster productions. Continuing to innovate, the Serious team then developed the Meganova demountable soundstage, an even more robust structure with hard walls and full sound attenuation.

As the Serious Stages team considered how to scale the soundstage business from a niche player into a much bigger operation, they approached CG Tech, an owner-manager investment group with investments across Oil & Gas, Events and Industrial related services, Technology and e-Sports. Al Laith, a CG Tech subsidiary based in the Middle East, has worked alongside Serious for a number of years in Dubai and Abu Dhabi in the UAE, Saudi Arabia, and the United Kingdom. Together, Serious and CG Tech created the joint venture ‘Serious International’.

Serious’ innovation wasn’t simply to adapt their existing technologies to meet emerging market demand, but that they could out-compete the established construction companies in the most important commodity of all; time.

First, their rapid manufacturing and construction methods allow them to build a complete soundstage, from open land to production, in just a matter of months. Traditional structures requiring more complex permits and building methods typically take two years or more. And since the Serious sound stages are demountable, they can not only be built quickly, but can also be taken down and moved to another site if required, making them a highly versatile alternative to traditional fixed soundstages.

Second, the CG Tech partnership unlocked access to a host of new technology solutions from CG Tech’s in-house technology arm, The Virtulab. Before commencing construction, drones take detailed images of the land, which are then processed into a highly accurate 3D map. A digital twin of the soundstage is then built and positioned precisely and to scale on the 3D map for the client to review in a virtual reality environment anywhere in the world.  This ensures that the entire film production team, from producers in Hollywood to the managers on-site in the UK, can meet and jointly inspect the virtual soundstage, make adjustments in real-time, and reach consensus quickly. In effect, the client has a very clear understanding of the end result before construction has even begun.

“Our visualisation technologies enable us to see the world differently and demonstrate to our clients that we have the expertise and foresight to execute complex projects within very demanding timelines.” – Niall Carroll, Chairman, CG Tech.

The first project for Serious International was the construction of two Meganova soundstages in Longcross and a stunt stage in less than four months for the latest instalment of a blockbuster action film franchise.

“For a production of this stature to take such a bet on us to deliver their soundstages in record time was very humbling and, at the beginning, nerve-wracking. The team had to come together to bring our A-game.” – Niall Carroll, Chairman, CG Tech.

With a large pipeline of film and television productions jostling for soundstage space, what began as a way to survive by leveraging existing capabilities in an adjacent industry now sees Serious International establishing itself as a leading player in film soundstage design and build. But the innovations don’t stop there. The team is looking at ways to add value to the production studios using their in-house developed software.

“There are opportunities to digitize a number of traditional production processes. Many of these production houses are right at the forefront of CGI and other cinematic front of house innovations. But we think we may be able to bring some new ideas from other industries.” – Jason English, acting CEO, Al Laith, Chief Ecosystem Officer, CG Tech.