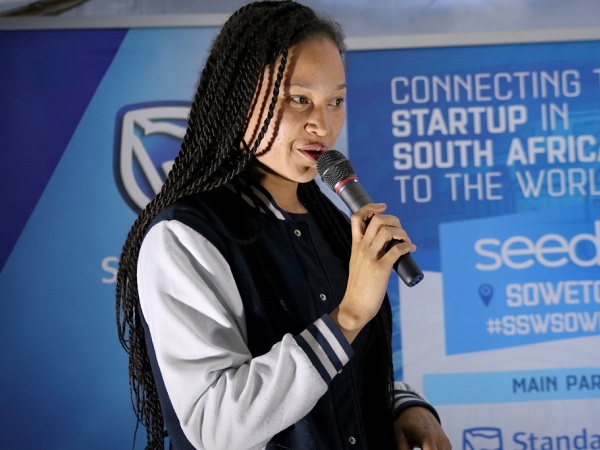 The event took place at the Standard Bank Incubator, and 10 selected startups were invited to present their ideas in front of the local jury panel.

The local winner, IDWork, a C2C platform that connects technically skilled informal workers (like tilers) to clients, was selected the best startup in South Africa for its creative solution to the social issue of unemployment. “I became an entrepreneur mostly because I felt there was a difference I could make, I wanted to learn and also make an impact, and also do stuff that I really enjoyed with my co-founders. I also thought that entrepreneurship through the use of technology was the way to do it.” explains Sayo Folawiyo, CEO of IDWork. The winning startup, that entered the competition as a wildcard entry, will be participating at Seedstars Summit, taking place in Switzerland in March 2017. During the weeklong training program the winning startup will have the opportunity to meet the other +65 winners, as well as investors and mentors from around the world. Traditionally, the final day of the Summit will be dedicated to pitching in front of audience of 1000 attendees, with the possibility of winning up to the USD 500.00 million equity investment and a USD 1 million in additional prizes.

Sortd, which offers a service that organises your email and creates a to-do list came second and Wumdrop, which allows anything to be delivered at the click of a button, grabbed the last spot in the top 3. The other startups invited to pitch were Crew Pencil, Pargo, Guardian Angel Safety Solution, You, Baby and I, Vitls, UmoyAir Communications, and Riovic.

Seedstars World is closely worked with Standard Bank in order to deliver the best possible event and to provide local entrepreneurs with this opportunity.“This year’s Seedstars South Africa again showcased some of the best startups across-the-board country and we are extremely proud to be associated with this initiative for the second year running. We have found another deserving winner and we look forward to working closely with the winning team as they prepare for the global competition.” says Jayshree Naidoo, head at Standard Bank Incubator.

Seedstars South Africa featured an insightful panel discussion about the future of entrepreneurship hosted by Balungile Mbenyane of IAfrikan Weekly with Mclean Sibanda, CEO of the Innovation Hub, Sbu Leope, Executive Chairman of Leadership 2020, Craig Mcleod, CEO of Getbuild, and Odette Jones, founder of SW7.The panel discussion was organized with the support of Omidyar Network.

The event included a keynote by by Giraffe, who represented South Africa last year and was crowned the “Seedstars World Global Winner 2015” for their innovative solution to reduce unemployment in emerging markets. “The award has given us massive exposure, which is something we really need, and there are a lot of investors and potential partners contacting us in order to collaborate. But this award is not only affecting Giraffe, it’s also putting South Africa on the map.” says Shafin Anwarsha, co-founder of Giraffe.

In order to provide local entrepreneurs with this opportunity and aiming to deliver the best possible event, Seedstars World also closely worked with Entrepreneur Traction, who is representing the initiative throughout the year as an ambassador. “

In addition, in-kind prizes were made available to the top 3. Dot Advisors that will offer the top startups a half day business plan challenge workshop with senior advisors worth R180.000, Duo Marketing providing 3 hour strategic messaging workshop and development of a strategic implementation plan to the value of R25.000 to the winner and Glocell, that gave the top 3 winners a router with in total 180GB of data.

Further support for the finals in Johannesburg is provided by partners Omidyar Network, Payfast, Red Bull and Epic Video’s. In addition Seedstars World has partnered with TRECC to bring the “Transforming Education Prize” which will award the best startup in the education space from around the world with a prize of over USD 50,000.

Continuing on its world tour of startup scenes in emerging markets and fast-growing startup scenes, Seedstars World’s next stop is Maputo to select the best startup in Mozambique on the 15th of July. Applications are open now and startups can apply here.

The transition to digital government is gaining momentum – Gartner