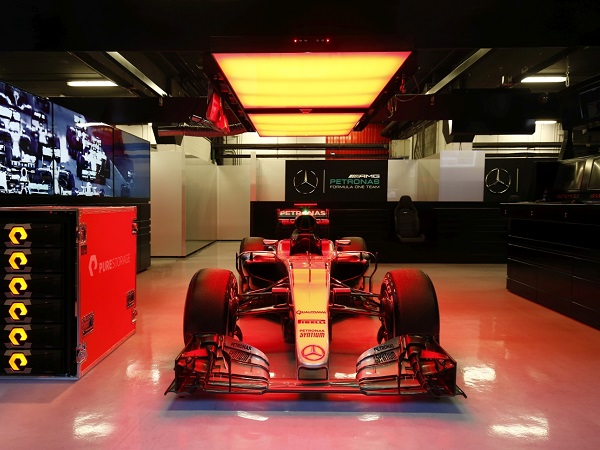 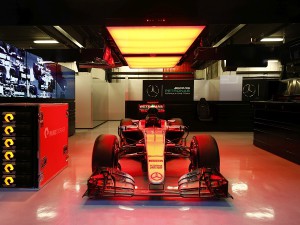 Pure Storage has revealed a global partnership with the Mercedes AMG Petronas Formula One Team. The Team chose Pure Storage based on simplicity, performance and reliability. With Pure Storage, the team is accelerating analysis of data-centric transactions that impact car performance and lap time, and is raising the bar for mission-critical business applications that underpin the entire organization.

“We’re delighted to welcome Pure Storage as a partner of the Mercedes AMG Petronas Formula One Team,” said Toto Wolff, Head of Mercedes-Benz Motorsport. “Technology is fundamental to our success – it enables us to perform across our business and ultimately on track. As we are predicting one of the most challenging and competitive seasons in the year ahead, Pure will give us the power we need to tackle our most demanding data challenges.”

The Mercedes AMG Petronas Formula One Team requires an infrastructure that is both state-of-the-art and portable. Putting performance-critical workloads at risk of availability in the cloud was a risk the team could not afford. The density and reliability of Pure Storage offered Mercedes AMG Petronas a solution that mapped perfectly to business requirements.

“Pure and The MEMercedes AMG Petronas Formula One Team found common ground in a mutual everyday mission – to push the boundaries of what’s possible,” said Jonathan Martin, CMO, Pure Storage. “When fractions of seconds mean the difference between success and second best, the reliability, simplicity and speed Pure Storage delivers is paramount. Pure is proud to provide Mercedes AMG Petronas confidence in the performance of its storage platform, so that the team’s primary focus can be performance where it matters most – on the track.”

Mercedes AMG Petronas sought to future-proof and incorporate new innovation into an infrastructure platform that requires continuous evolution to support the operational demands of a racing organization built to win. Seeking to enhance service availability and prevent disruption, Mercedes AMG Petronas considered a number of different solutions, and ultimately selected Pure Storage. Although Mercedes AMG Petronas initially sought a solution that could address primarily performance issues, the team soon realized it could cut through all performance issues while managing cost, with true simplicity from Pure.

“Before Pure, we virtualized storage to the point where we could introduce whatever vendor was right at the time. We soon realized that building a nuanced architecture on an intricate stack translated into building something far too complex – complexity on top of complexity,” said Matt Harris, Head of IT at the Mercedes AMG Petronas Formula One Team. “The choice was clear once we realized we could eliminate bulky, heavy hardware, improve our performance and actually save money taking the technology with us around the world.”

Using Data to Drive Business Forward at the Raceway and Around the World. Everything about The Mercedes AMG Petronas Formula One Team is measured in fractions of seconds. In a world where the ability to quickly analyze data about the performance of the cars is core to the organization, a tenth of a second delay could mean the difference between winning and losing. At Mercedes AMG Petronas, performance leads to success – the organization’s all-encompassing mission – which is why the team has chosen to rely on Pure Storage to drive meaningful results including:

– Reductions in cost, power and space by replacing 40TB and 26U with 88TB and 6U of Pure systems, resulting in significant logistical savings as the team sets up temporary and remote operations in 21 locations worldwide

– The ability to deliver services quicker, for instance enabling IT to stand up 60 or 70 virtual machines a day versus one or two machines prior to implementing Pure Storage

“Pure Storage’s Evergreen business model removed the anxiety of the traditional storage renewal. It’s a brilliant example of the simplicity you get with Pure and it changes the board-level conversation when trying to propose a new platform,” said Harris. “The typical concerns about future issues – capacity, upgrades, maintenance and how much it will all cost us again – are no longer an issue. We were able to immediately focus on getting the technology in the door and impacting the business as quickly as possible.”

The Mercedes AMG Petronas Formula One Team are the reigning FIA Formula One World Champions. In 2016, they will compete in 21 races around the world, beginning in March in Melbourne, Australia and finishing at the Abu Dhabi Grand Prix in November. The team’s drivers are the three-time Formula One™ World Champion, Lewis Hamilton and 14-time Grand Prix winner, Nico Rosberg.

Mercedes AMG Petronas will participate later this month at the upcoming annual Pure//Accelerate conference, along with other technology and business leaders, who will share in a dialogue about pushing the boundaries of what is possible in their businesses, with customers and through the technology they interact with every day.