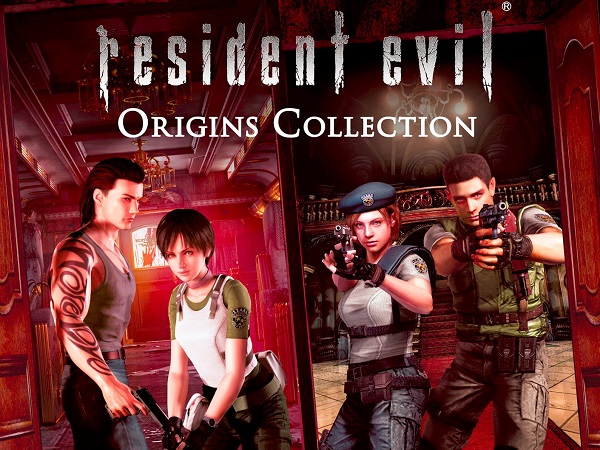 The story of Resident Evil 0 takes players back to 1998. Reports have been mounting about unusual murders on the outskirts of Raccoon City. The city’s Special Forces division, S.T.A.R.S., sends in Bravo Team – which includes rookie cop member Rebecca Chambers – to investigate. On route, the team’s helicopter suffers engine trouble and is forced to make a crash landing, where they find an overturned prisoner transport vehicle. Splitting up to search the area, Rebecca discovers the Ecliptic Express, a train stopped dead on the tracks. Inside, she meets death row convict and ex-Navy lieutenant Billy Coen.

While Rebecca does not trust Billy, the odd couple decide that is better to work in tandem if they are ever going to survive the horrors that are awaiting them. Players can switch between either Rebecca or Billy on the fly, which allows the player to take full advantage of each character’s abilities. A perfect example of this is the fact that Rebecca can mix herbs while Billy cannot; however, Billy seems is more combat orientated and can take harder hits. It is these subtly differences that make each character a crucial part of the overall survival-horror experience.

The remake of Resident Evil 0 also comes with a new feature titled “Wesker Mode.” Wesker Mode allows the player to play as long time iconic Resident Evil antagonist, Albert Wesker. Wesker will come with his own costumes and will be powered by Uroboros, which essentially gives him super strength as well as super speed.

Switching over to Resident Evil HD… This title takes place after the events in Resident Evil 0 in the now notorious Raccoon City, players will choose to take on the role of either S.T.A.R.S. (Special Tactics and Rescue Service) team member Chris Redfield or Jill Valentine, who have been sent into the city to find the missing Bravo team members. The team is suddenly attacked by a ferocious group of mutated dogs, desperate for an escape they take shelter in the iconic Mansion that has made Resident Evil one of the most memorable titles to date.

Much like Resident Evil 0, players will essentially need to manage the resources they are given throughout the game. Additionally players will also have the opportunity to solve a variety of puzzles as well as take on a plethora of enemies that are not only familiar, but also remastered in stunning HD.

While both Resident Evil 0 and Resident Evil HD have been remastered, both titles still suffer from a few minor graphical glitches. Zombies still tend to clip through walls as well as suffer from various glitches when it comes to animations.

Conclusion:
Overall, the Resident Evil Origins Collection is well worth its price. Not only does it include two very well-designed and remastered Resident Evil titles, but it also offers up a great deal of nostalgia, as well as all the classic jump scrares, for fans of the Resident Evil franchise.