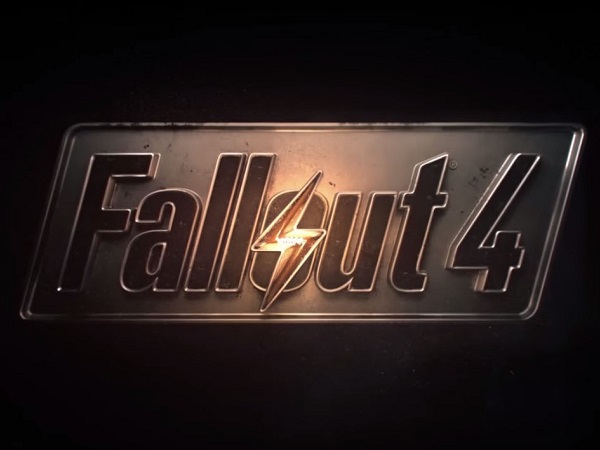 Developed by Bethesda Game Studios and published by Bethesda Softworks, Fallout 4 is the latest title in the Fallout series to launch on the PlayStation 4, Xbox One, and PC. Fallout 4 is essentially the 5th major installment in the series, and was official launched on November 10, 2015.

No matter how brief the introductory sequence was… it set a powerful scene for the game’s simple, yet captivating storyline – which follows the footsteps of a the Lone Wanderer, who is this time the sole survivor of Vault 111.

As the Lone Wanderer regains consciousness, he/she dependent on what you had chosen, witnesses the abduction of their son, Shaun. Once free from their Cryogenic Chamber, the Lone Wanderer then sets off into the Wasteland in order to find said missing son. While the initial premise may sound simplistic, it is what awaits the player in the Wasteland that really expands upon the initial premise. 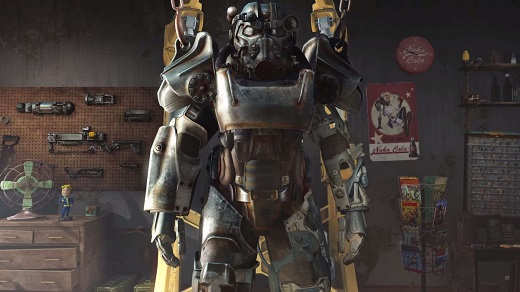 You see, the Wasteland is essentially a complicated and extremely dangerous place. What starts as a desperate search for your son, essentially turns into something much deeper as the Lone Wanderer gets drawn into a world where several factions are competing for control of the Commonwealth.

To add to the political drama, residents of some of the cities, featured throughout the open-world, are terrified of being replaced by Robots, killed by Super Mutants, or being attacked and robbed by Raiders. To add to this, their are a plethora of other threats in the Wasteland as well as the risk of radiation poisoning that the world faces. It is this kind of setting that really takes Fallout 4’s initial storyline and moulds it into something exceptionally spectacular.

While the main storyline of Fallout 4 is something to look forward to, the game also features a plethora of well written side-quests that are well worth playing through. While some of the side-quest can be painfully difficult they are not impossible to complete.

Some quests are as simple as fetching an item from point A and taking it back to point B. However, while making your way from point A to point B may feel like a simple enough task… You will often find yourself deviating from your set out path in order to search through buildings, explore abandoned schools, and even rummage through a town filled with a large number of Mister Handy robots – which essentially turn into “Murder Bots” when you make the wrong move. While the player can essentially get through most combat situations without too much damage, there are times where you will need to utilise Power Armour. Power Armour can be used to take on much larger enemies as well as areas filled to the brim with Raiders. Just be aware that Power Armour will need to be fuelled, which means that you won’t have the opportunity to explore the Wasteland in it as often as you want to.

Exploring in Fallout 4 is one of the things a player will do more than anything else… And it offers a great deal of rewards, especially when it comes game’s new crafting system. In previous titles, most of the trash you picked up in the wasteland was sold for scrap; however, this time around it can be used to craft and improve weapons. This causes a slight problem however… As you trudge through the Wasteland, you will find a plethora of useful items; however trying to collect them all often results in the player becoming over-encumbered (player moves slower and cannot run). 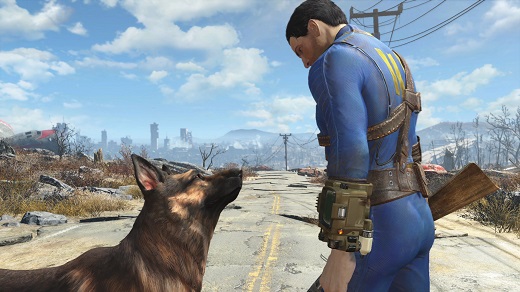 Granted, you can hand over all your goods to your companion – in the game – in order to free up storage space; however, you will essentially need to sort through the items you picked up at one stage or another. This essentially makes inventory management something that players will need to get used to. This is not a bad thing, but it does add to the monumental amount of things that you will need to do within this brilliantly thought-out title.

Looking at the world of Fallout 4, you will see that a lot of attention to detail was given by the development team. Whether you are roaming the hallways of Vault 111, or searching for loot in destroyed towns there is always something to gaze an eye upon. Even pre-war posters, calendars, and the remains of the living offer up a lot of detail as well as add a fair amount of dark humour to this title’s overall setting. To add to the Wasteland’s rather obscure beauty is the addition of the game’s day/night and weather cycles. Towns such as Diamond City light up during the evenings, which is an impressive sight to gaze upon from atop the Mayor’s office. Additionally the rain soaked Wasteland becomes even more volatile, yet visually appealing, once a radiation storm hits.

While exploring the Wasteland is an experience in itself… Fallout 4 also offers players the ability to build Settlements by utilising the materials that they have scavenged. Players can essentially build homes, plant crops, install water pipes, and even setup defense turrets for when the Raiders come knocking. If you are low on resources you can also demolish buildings, within the settlement area, that are already destroyed in order to gain the components. The great thing about the Settlements feature is there are no limits to what you can build. If you have the time, you could literally build a living, breathing settlement that includes a bar and entertainment area as well as vendors.

What really makes Fallout 4 a monumental success is the fact that is offers variety. Want a companion, but not a big fan of Codsworth? Well, just take your faithful dog with instead. Looking for something to do? Why not build a settlement, kill some Raiders, or even go as far as crafting bigger and better guns. There is literally so much one can do, which ultimately makes Fallout 4 one of the best experiences that gaming has to offer at the moment. 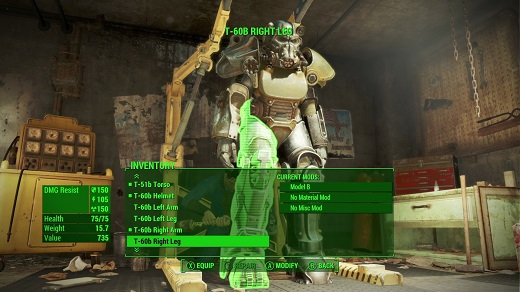 While Fallout 4 essentially ticks all the right boxes for a perfect game… it does however have a minor issues. There are sections of the game where I had witnessed characters walk through solid objects such as walls, doors and so on. Additionally, I also had a NPC (Non-Playable Character) trap me behind a door, that they had opened and clipped through. This essentially lead to me trying to kill the NPC, which resulted in the town turning on me. Granted these are not game-breaking issues; however, it can be a little frustrating when you are forced to restart your game due to an NPC accidentally trapping you in an awkward position.

While the Wasteland is a visual masterpiece, I do feel that the in-game characters could have done with a bit more work. There were times where some of the main characters came across, in a visual sense, stiff and uninteresting. While not all characters are like this, I do still feel that some were worked on a lot longer than others. Apart from these minor graphical issues, nothing gave me more pleasure than watching some of the spectacular ways a laser powered weapon could turn an enemy into mere particles. 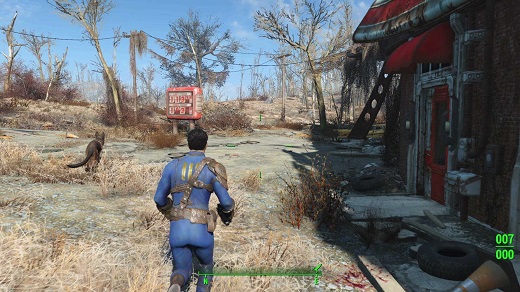 Overall, Fallout 4 introduces players to a visually spectacular world that is striking in every sense. To add to this, it offers up an a massive open-world that is littered with interesting characters, a plethora of side-quests, and a tremendous amount of loot that will keep you busy for hundreds of hours.