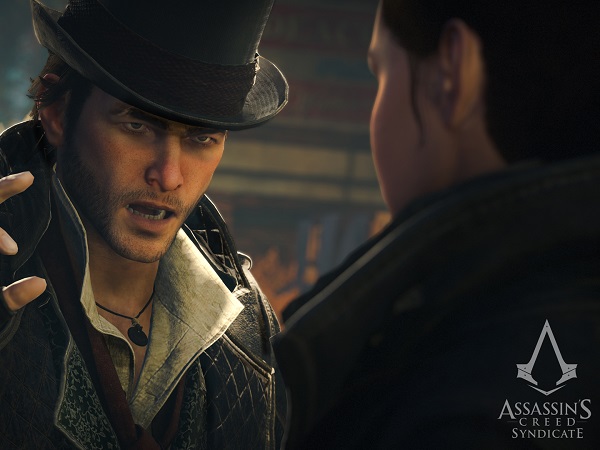 The Assassin’s Creed series had some how lost its way with Assassin’s Creed: Unity’s weak story, unrefined stealth mechanics, and its version of the over crowded streets of Paris. However, developer Ubisoft is now looking to turn things around with its latest title – Assassin’s Creed: Syndicate.

Assassin’s Creed: Syndicate is one of the very few titles in the series to leave out multiplayer entirely. This essentially opened up enough space for the developers to make the most out the game’s new setting, Victorian London. With multiplayer out of the way, Assassin’s Creed: Syndicate also allows players, for the first time, to switch between the game’s two main protagonists.

Set in 1868, during the Industrial Revolution, with the Assassin Brotherhood all but eradicated, twins Jacob and Evie Frye leave Crawley for London and arrive to find a city controlled by the Templars, with both the Church and the Monarchy losing their power.

Raised as Assassins to follow the Creed, Jacob and Evie aim to take back the city from Templar control by creating a gang dubbed “The Rooks” and by infiltrating and uniting London’s criminal underworld, aided by notable figures of the era such as novelist Charles Dickens, biologist Charles Darwin, and inventor Alexander Graham Bell. 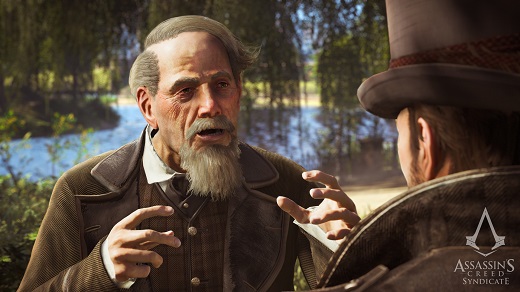 While Assassin’s Creed: Syndicate’s story may sound fairly intense, it actually features some lighter moments where the protagonists will find themselves taking part in some rather light-hearted missions. These mission vary and even include tracking down some rather strange items with Charles Dickens.

However, what really makes Assassin’s Creed: Syndicate’s story stand out is how well the twins are portrayed. Jacob is determined to liberate London, while Evie supports him, but also places a core focus on finding the missing pieces of Eden. What makes it even more convincing is the fact that the siblings each have their own strengths and weaknesses. Jacob’s approach to missions is more of a physical one. He is by far much stronger than Evie and is the perfect fit for missions that take on more of physical, hands-on approach. Evie on the other hand is much faster and more nimble than Jacob, which makes her best suited to stealthier-based missions.

While playing through the rather intriguing single-player campaign you will notice that, whether you are playing as Jacob or Evie, both characters will earn equal skill points no matter who you play with more. This creates a nice balance as the game will not leave you with one twin being more skilled than the other. While some of the skills are relatively the same for each character they do tend to begin to differ slightly the more you move down the game’s skill three. This essentially allows Jacob and Evie to become skilled in line with their intended strengths. 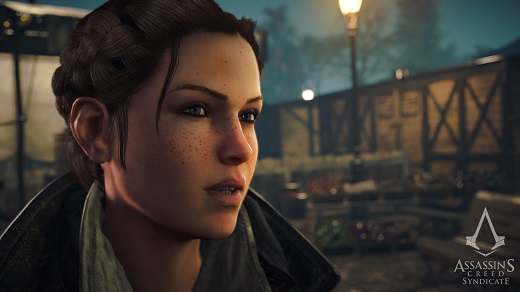 Apart from the more entertaining missions, Assassin’s Creed: Syndicate sticks to the same old formula of gameplay which is essentially assassinate this person, fetch that item, and escort these people. Thankfully, the two main protagonists are so well portrayed that their personalities make some of the more mundane missions feel slightly more entertaining than they should be.

When it comes to visuals, Ubisoft really has hit the nail on the head with its version of Victorian London. The city is well designed and absolutely beautiful to gaze upon. While it’s a third larger than Unity’s over crowded Paris, you can take in the sights and move around the city faster by hijacking a horse drawn carriage. Alternatively you can do it the old fashioned way and traverse the roof tops of London as well, or even take the express route up a building by using the new grappling gun – which works in a similar fashion to the one seen in the Batman Arkham titles. 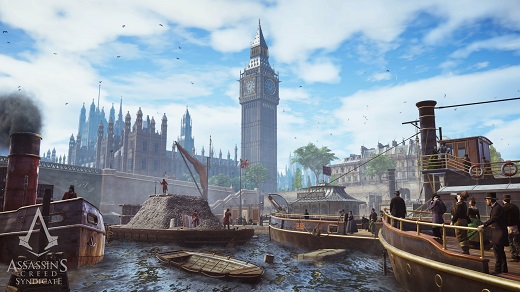 Conclusion:
Assassin’s Creed: Syndicate is a step in the right direction for Ubisoft. This is due to the fact that the game actually has a great pair of protagonists as well as a rather solid storyline, which does not get thrown out the window once the game hits the half way mark. Additionally, Assassin’s Creed Syndicate is visually breath-taking and portrays Victorian London perfectly.

As a fan of the the Assassin’s Creed multiplayer mode, I can’t help but feel that Ubisoft should have added it in as downloadable content, and that just from a personal perspective.

Overall, Assassin’s Creed: Syndicate is a great attempt at getting the series back on track.