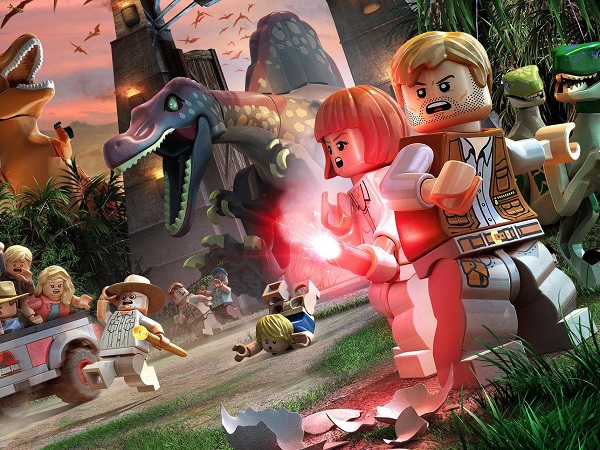 The Lego titles have always been great. Established in 1995, developer Traveller’s Tales has introduced us to a plethora of Lego titles – which included Lego: The Hobbit, Lego: Batman, and The Lego Movie Video Game. With these titles being great success, Traveller’s Tales and publisher Warner Bros. Interactive have now released Lego: Jurassic World.

While the name of this title makes it sound like it only focuses on the blockbuster movie Jurassic World, the game does however include a campaign mode for Jurassic Park, The Lost World: Jurassic Park, as well as Jurassic Park III. While past Lego titles, much like The Hobbit, have been rather lengthy when it comes to gameplay time… Lego: Jurassic World features campaigns that are relatively shorter. Each campaign takes around 2-3 hours to complete, dependent on your play style. 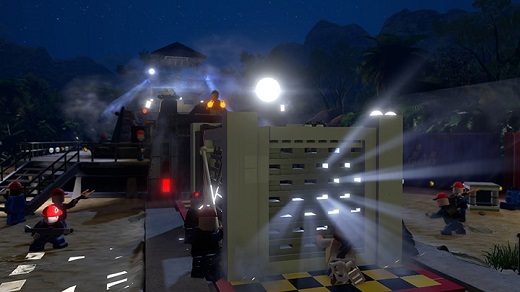 As stated above, each Lego: Jurassic World campaign is based on each individual movie’s plot. While this will bring back a ton of memories from the original films, it did however offer up quite a few spoilers for the latest movie in the franchise, Jurassic World. So, if you want to avoid spoilers, best go watch Jurassic World first before venturing into the Lego version on consoles.

Much like past Lego titles, Lego: Jurassic World is a very charming and comical title. Granted, some of the films featured some rather dramatically violent scenes, but the game takes these scenes and turns them into comical skits that bring a smile to the faces of kids as well as adults. This makes Lego: Jurassic World playable by just about anyone. 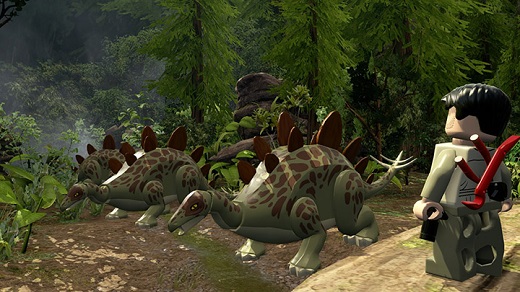 While past Lego titles have played a fair amount of focus on combat, Lego: Jurassic World tends to be more focused on puzzle solving. Much like the movies, the characters tend to try and avoid the more aggressive predators – instead of trying to face them head on.

The puzzles are fairly challenging, but not challenging enough to cause the player a significant amount of frustration. These puzzles have charm to them, which makes them rather enjoyable. Speaking of charm, Traveller’s Tales has also used original voice clips from the movies for this title. This as well as the fact that you can play as different dinosaurs makes this title even more enjoyable. 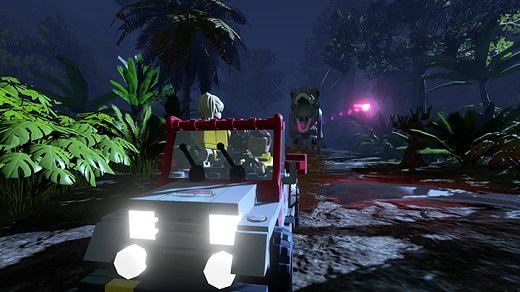 While Traveller’s Tales has once again hit the nail on the head with Lego: Jurassic World, the game is overloaded with Compsognathus (Compy) attacks. These little creatures become a bane to the player’s existence, and don’t really add much value to the game overall.

When it comes to graphics, Lego: Jurassic World looks great. Granted, the graphics are not groundbreaking, but they are breathtaking at certain points. 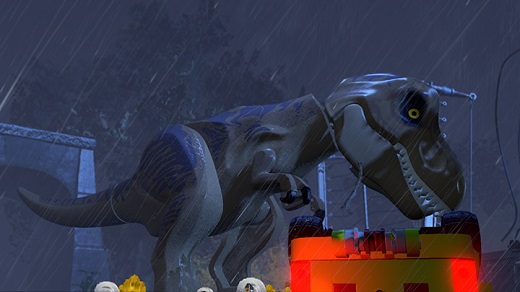 Conclusion:
Traveller’s Tales has released yet another charming Lego title, which takes us on a nostalgic trip back to one of the most memorable film franchises to date – Jurassic Park.

Overall, Lego: Jurassic World features a great balance between puzzle solving and fighting, and ultimately gives the player the authentic Lego experience that we have had the pleasure experiencing over the past few years.